10 unusual sexual practices from around the world 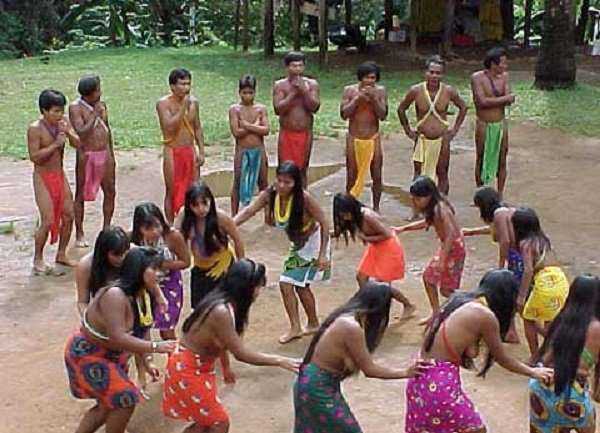 There are a variety of seemingly odd sexual practices that go on around the world and we have put together a list of some of the best.

1. Boys & girls of the Sambian tribe have to drink semen

The Sambian Tribe of New Guinea have a tradition of separating their boys from the girls at the age of 7 for 10 years. During this period, they undergo piercings, nose bleeds and have to drink the semen of the tribes mightiest warriors.

2. Girls of the Trobriander Tribe engage in sexual acts from age 6

The Trobriander Tribe from Papua, New Guinea embrace sexuality from an astonishingly young age. Boys start engaging in sexual activity from the age of 10-12, while the girls start from 6 years! The legalities of such a practice is unclear by their law but it would certainly be considered illegally my most countries.

Read Also  Pulse First Love: He made me beg for his love and everything else

3. In Mangaia, older women have sex with young boys

In Mangaia, an island in the South Pacific Ocean, boys around the age of 13 have sex with older women who teach them the intricacies of the act and how best to please their partners. These rituals are supposed to turn a boy into a man through sexual exploration.

4. The Kreung Tribe builds love huts where teenaged girls can have sex with different men till they find the one

With the Kreung Tribe in Cambodia, the elders build a love-hut for their teenage daughters. Different boys spend the night here day after day, until she finds a suitable partner, who is then with her for life.

For Ancient Greeks, sexual identity didn’t depend on gender and preference but on who was the active penetrator and who was on the receiving end. The active role was associated with higher social status, while the passive role meant youth and femininity, or ‘boy love’ in other words.

Read Also  What is the most effective method for breast enlargement?

Some Nepali tribes in the Himalayas practise polyandry. Basically, all the brothers share one woman, so that they don’t have too many children for their limited farmland.

7. The Wodaabe Tribe holds a wife-stealing festival every year

In the Wodaabe Tribe of Niger in West Africa, children are married in their infancy. However, at the yearly Gerewol Festival, Wodaabe men wear elaborate makeup and costumes and try to covertly steal another’s wife. If they go undetected, their union becomes recognised.

8. Adolescents of the Muria Tribe, Chattisgarh, can ‘practise’ sex without emotional attachment

The Muria Tribe from Chattisgarh have a very sexually liberated culture. They have mixed-sex dormitories where adolescents are sent to practice premarital sex, sometimes with a single partner and sometimes serially. They are discouraged from becoming emotionally attached to their partners.

9. Women of the Guajiro tribe must make a man ‘fall’ to make love

Colombia’s Guajiro people have a ceremonial dance. If a woman trips a man during the dance, they must have sex.

10. In Indonesia, you can have sex outside marriage during Pon celebration

During the celebration of Pon in Indonesia, participants have to spend the night and have intercourse with someone other than their wife or husband. It is said that their wishes of good luck will only come true if they have sex with the same person at all seven celebrations throughout the year.