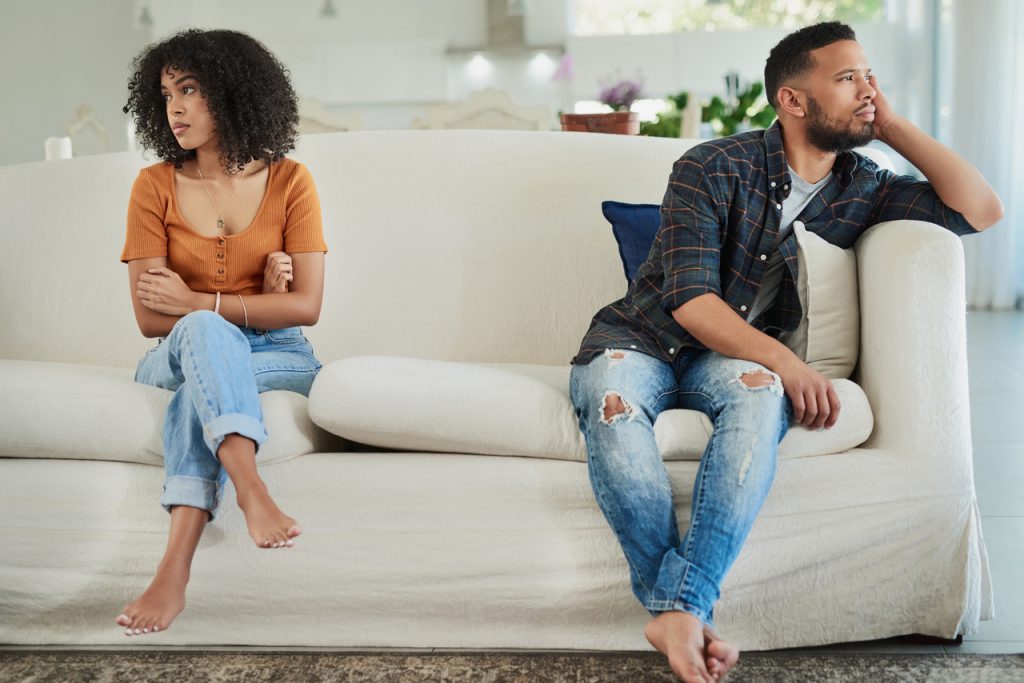 Fortunately, it’s never too late to analyze your behavior and spot destructive habits that sooner or later could terminate your marriage.

So, what are those dangerous habits that could undermine your healthy marriage and turn it into hell? Read on to find out.

The reasons one spouse may pick on the other could originate from childhood experiences, personality traits, and even falling out of love. Constant unjustified criticism creates tension and undermines marriage in the worst way possible.

Dr. Jim Burns, a family therapist and author of multiple books about marriage, says that many relationships “function with a constant low-grade anger and negative atmosphere.” Much like “trying to live life to the fullest with an infection and fever,” such relationships won’t likely last for a long time if everyone is under constant stress.

Name-calling is a sure way to ruin any marriage. “Derogatory comments can often be perceived as a form of verbal abuse and have negative consequences if the couple decides to get divorced,” says Andriy Bogdanov, CEO of OnlineDivorce, one of the leading online services for preparing divorce filings. “If the injured spouse provides the judge with documented evidence, the other spouse could have difficulties in obtaining custody over children.”

Verbal fights between loving spouses are a common practice in almost every marriage. For some spouses, daily conflicts are part of everyday life. It doesn’t mean, though, that they are on the brink of divorce.

“It is not a matter of whether conflicts will come; it is how they are dealt with when they occur that will determine the success of your marriage,” explains Errol A. Bennett in ‘How to Tune-Up Your Marriage for Life.’

For example, constructive arguing without derogatory remarks could benefit the relationship if the couple reaches a compromise in the end.

If the fight is inevitable, some psychologists advise against bringing up past grievances and suggest focusing only on the current issue. For example, don’t mention absolutely everything you think your partner is doing wrong if you start arguing about washing the dishes.

Unfortunately, not all couples know how to prevent the conflict from escalating. Everyone secretly desires that the other partner admits they were wrong. The reality is that the chances of such a scenario are close to zero. Thus, the goal of every fight should be to hear and be heard and take steps to resolve the conflict before it snowballs.

Read Also  What to do when a loved one dies: A list of things you should do

Sexual involvement with other partners outside marriage is common for men and even some women. About 20% of men and 13% of women cheat on their spouses during their relationship, reports the Institute for Family Studies.

The one notable difference between the sexes is that men pursue quantity and avoid forming emotional bonds with the affair partner. On the other hand, women typically choose quality over quantity and develop romantic feelings for the other person.

Neither case makes it any easier to forgive the cheating spouse. On the contrary, infidelity destroys trust between the spouses and leads to divorce in more than one-third of cases.

Taking each other for granted

Not getting enough attention is something that many couples face once the honeymoon phase is over. Unfortunately, it’s also the reason that 34% of marriages fall apart, according to a study published in the Journal of Divorce & Remarriage.

How can you fix the situation? Be the first to make a move. Start with small acts of appreciation. Mark Twain once said, “I can live for two months on a good compliment.” Indeed, kind words will immediately improve the recipient’s mood and could be a source of positive emotions for an extended period. Occasional little surprises would also do the trick.

Essentially, it doesn’t matter what you do as long as you spend time and put in some effort to make the other person feel better.

Not getting enough sex can cause many other issues to emerge in a marriage. For example, both spouses become disinterested in each other. As a result, one of them could resort to adulterous behavior, develop low self-esteem, and so on.

To save your relationship, try to discuss this issue with your spouse. Men and women have different needs, so try to find a compromise that would suit you both.

And remember that sex alone won’t save your marriage. If it’s not complemented by spiritual intimacy, it will be nothing but a physical exercise.

If you fail to notice the emerging problems in time and fix them, they threaten to bring severe consequences, including marriage breakdown. And while divorce could be a blessing for some couples, others may want to do whatever they can to avoid it.