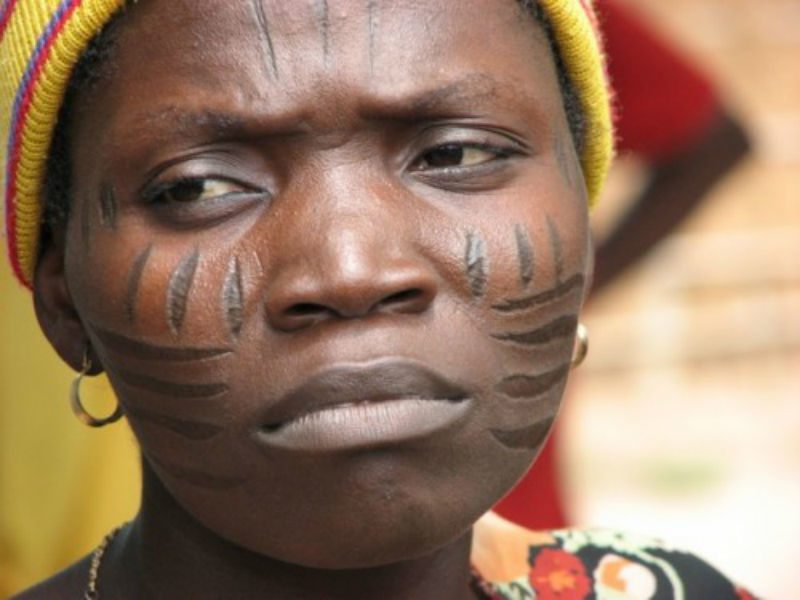 The Mursi tribe, isolated in Omo Valley in Southern Ethiopia near the border of Sudan are well-known for their trademark lip stretching beautification.

Know indigenously as dhebi a tugoin, there are an estimated 10,000 members of this fascinating tribe.

Like other forms of body modifications lip stretching is seen as an expression of social adulthood and reproductive potential. Often, the size of the plate is correlated with the size of a woman’s bridewealth.

The Kayan are a Tibeto-Burman ethnic minority in Myanmar and are famous for the many brass coils that the women wear around their necks.

They are often called “giraffe women” by outsiders because they can wear up to 25 coils, worn throughout their lifetimes.

Children are often given their first set of coils at an early age of 5. The set consists of coils weighing about 4.5 pounds. And through time, more rings are added.

The Apatani women believed they were the most beautiful in the tribe and had to make themselves look unattractive to protect themselves from invaders from other tribes. Hence, they wore large wooden plugs in their noses and tattooed their faces.

Though Scarification is done all over the world, it is practised heavily by the Sepik River tribes in Papua New Guinea, the Karo tribe in Southern Ethiopia and all throughout Sudan and regarded as a beauty enhancement, a rite of passage, or marks of social status.

The elders of the tribe use blades to cut the young men all over their faces and bodies in a pattern resembling an alligator’s as they believed that the alligator will consume any trace of boyhood left in their bodies and will thus turn them into men.

Read Also  How to use blade perfectly to shape the brows

Teeth sharpening is a practice of manually sharpening the teeth using a chisel or knife to file them desirable shapes. The image above is a Bagobo woman of Mindanao (from the Eastern-most part of the Philippines) with filed teeth.

In Bali, Indonesia, teeth were filed down because it was thought that the teeth represented anger, jealousy, and other similarly negative emotions. The image above is a Mentawai woman from Indonesia bearing tattoos and sharpened teeth!