African gods The importance of the 039Chi039 in Igbo culture 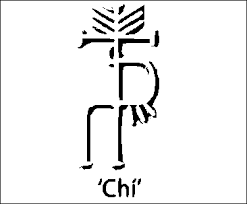 Chukwu created the world, then he put the creative spirit in the man known as his Chi to decide the course of his life.

Chinua Achebe writes, “A man does not only have his own chi but is created by it and no two people, not even blood brothers, it seems, are created by the same chi.”

A way of saying we have individual destinies created by our individual Chis.

But what does a Chi do?

A common saying in Igbo culture is “Onye kwe chi ya ekwe” meaning, “If a person agrees to a thing, his spirit agrees to it too .”

Whatever a person experiences in life, the Chi is responsible. At the beginning of Buchi Emecheta’s novel, Joys of Motherhood, the protagonist Nnu Ego walks towards Carter Bridge to kill herself. As she walks towards the bridge, she berates her Chi on why she continually makes her experience misfortune.

She writes, “She would soon be there, she told herself. It would all soon be over, right there under the deep water that ran below Carter Bridge.

“Then she would be able to seek out and meet her chi , her personal god, and she would ask her why she had punished her so. She knew her chi was a woman, not just because to her way of thinking only a woman would be so thorough in punishing another.”

According to renowned author Chinua Achebe,

“Chi is an individual’s personal god which accounts for the fortune or misfortunes that one experiences in life.”

A person works with his Chi to have either a good or a bad life.

Achebe continues, “Hence, the meaning of a person’s life is only realized as a collaborative venture…between his person and his chi.”

“People often make statements like I am in agreement with my personal god or chi as a reference to the collaborative dimension in the individual/chi relationship. However, there are situations in a person’s life where it is believed that one’s chi may work against him.”

Read Also  What happens when a man is not sexually active

Achebe says, “A man of impeccable character may yet have a bad chi so that nothing he puts his hand to will work out right. Chi is therefore more concerned with success or failure than with righteousness and wickedness.”

In conclusion, a person’s Chi is responsible for their success or failure. If one succeeds or fails, the Chi has a role to play in it.

This does not depend on good or bad deeds. Being a good or moral person does not mean you will have a good Chi.