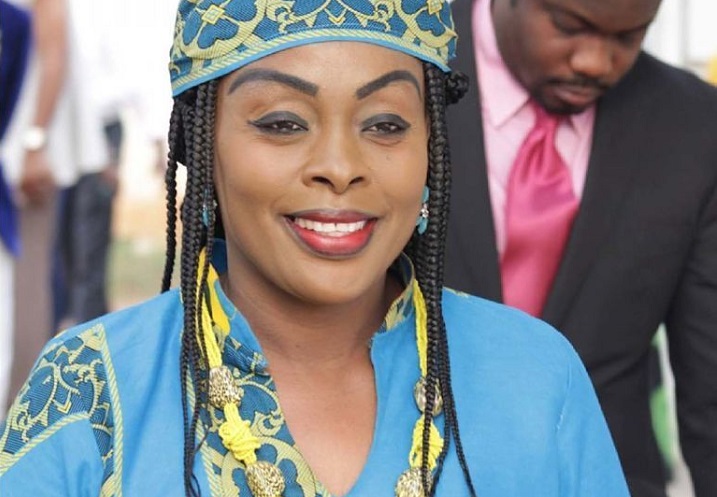 Highlife musician, Akosua Agyapong together with the one other person, who were standing trial for alleged fraudulent sale of land were on Wednesday acquitted and discharged by an Accra Circuit Court.

At the hearing Wednesday, August 12, 2020, the court presided over by Ms Priscilla Dappah Mireku held that the prosecution failed to established a prima facie case against the accused persons – Akosua Agyapong and Frank Agyemang.

In her ruling, the presiding Judge also held that there was no evidence before the court which proved that land documents were forged in the case.

She added that, based on evidence before the court from the complainant during cross-examination, he (complainant) knew that the land belonged to one Dora Amoansi.

It also held that the matter before the court was more of a civil case rather than a criminal case urging that the complainant could file a civil case again if he so wish to.

Agyapong and Agyemang were hauled to court in October 2017 for allegedly defrauding a businessman of GH¢105,000 in a land deal.

The prosecution claimed the musician and Agyemang, aka, Killer Boss, sold a land, which apparently did not belong to them to the businessman.

Per the facts of the case, as presented by the prosecutor, Assistant Superintendent of Police (ASP), Ms Agnes Boafo, were that the complainant in the case was a car merchant, while Agyemang claimed to be a building contractor.

She explained that in February 2017, the businessman wanted a parcel of land by the roadside to display his cars for sale. As a result, he contacted Akosua Agyapong for assistance.

“Later Akosua introduced Agyemang to the businessman as her brother who had a one plot of land opposite the West Hills Mall for sale. The businessman after inspecting the land showed interest,’’ she said.

ASP Boafo added that the highlife maestro assured the businessman that the land was genuine and Agyemang was the rightful owner.

“They then took the businessman to the Lands Commission, went into one of the offices and came out with someone who confirmed that the land indeed belonged to Agyemang, and upon this, the businessman became convinced,’’ she said.

Afterwards, the prosecutor said, the businessman paid GH¢105,000 for the land and later gave a Toyota RAV 4 vehicle valued at GH¢100,000 to Agyemang for another plot of land.

“When the businessman went to work on the land, another person came to claim ownership of the land with original documents. He reported the matter to the police leading to Akosua and Agyemang’s arrest. Agyemang, however, released the vehicle to the police,” the prosecutor added.

The two have pleaded not guilty to conspiracy to commit a crime and fraudulent transaction of land and are each on bail in the sum of GH¢160,000 bail with three sureties.