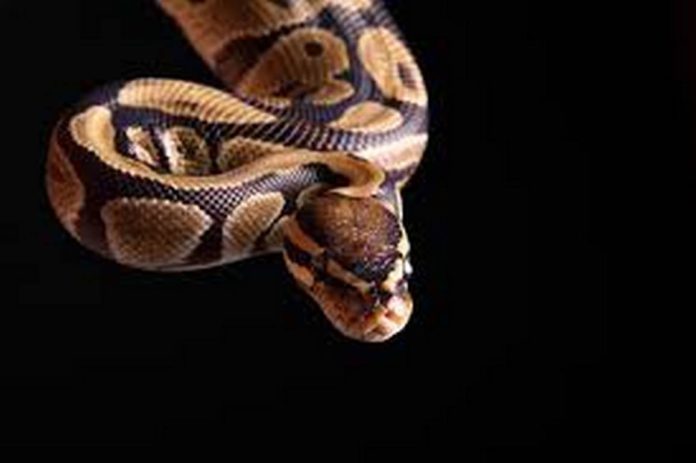 A man in Thailand is recovering in hospital after a python latched its fangs onto his penis while he was using his toilet earlier this week.

Rescuers arrived to find the python’s head hanging from the bathroom door, secured by a rope, with the rest of the snake still stuck in the squat toilet at the man’s home in Chachoengsao Province, east of Bangkok.

Blood is splattered across the bathroom floor where the man was bitten by the python.The man lost a lot of blood but is now recovering at Chularat Hospital, according to hospital officials.

Emergency workers had to dismantle the toilet to remove the snake, which also survived the ordeal, according to rescue officer Danupol Tapo. 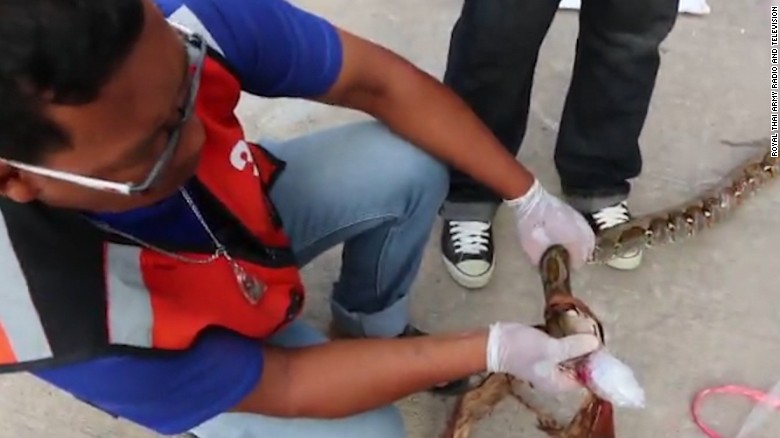 Emergency workers had to dismantle the toilet to dislodge the snake.Tapo, who has been working in rescue for more than six years, said he’s seen snakes in toilets before, but never witnessed a scene quite like this one. “This is all bizarre,” he told CNN.

“I had witnessed snakes [come] out of toilets many times, and when they bit [it] mostly would be at legs or butts. Not the penis, this is the first time.” 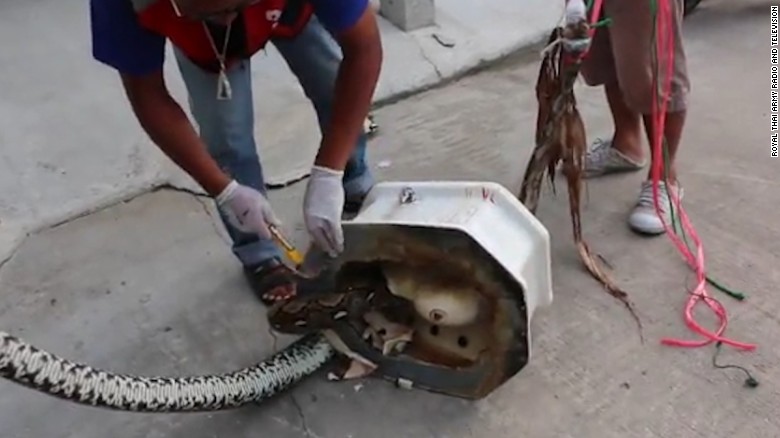 The snake and the man both survived the ordeal. Last year two pythons made their way into two Australian toilets in an attempt to find water.

“They’re not something to fear but it’s best if you come across them to leave them alone.”