Couple039s Therapy 039He is the head of the house not 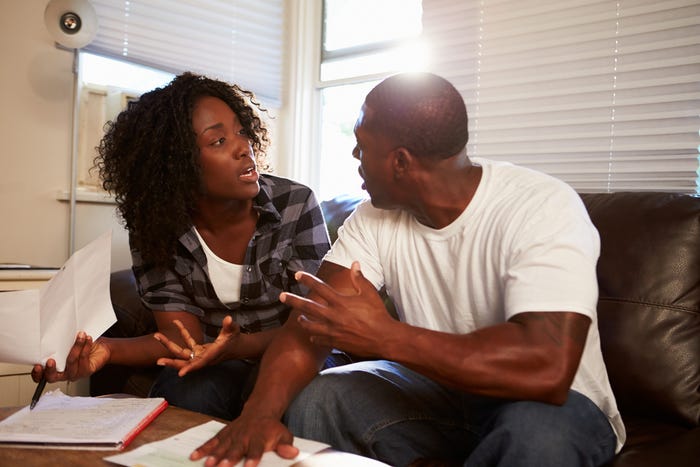 On social media, you see jokes about men wanting to become househusbands or marry rich women.

Would that be ideal? Would men be able to handle a successful woman while being unsuccessful, jobless, or less successful?

I spoke with an older married couple whose wife earns more than the husband.

When Gbenro and Juliana got married, Gbenro was the one who earned more. Juliana quit her job as they were about to get married.

Juliana quit her job because the company she worked for transferred her to another town a few months before her wedding. Gbenro had a successful business at that time, and she felt that he would take care of her.

“I didn’t feel like I was essentially mortgaging my entire life to a man by quitting my job. He would be solely responsible for taking care of me and our baby – I was already pregnant before the wedding.

“I guess it was the not having a job part that hurt. I had to ask Gbenro for everything and get interrogated every time. He would say, ‘What do you need it for?’ He hardly gave me money.

“Fast forward to 20 years, his business crashes and mine sprouts. I eventually moved to another town for my business. He follows me out of town because he ran his business to the ground.

“While we were in this new city, he attempted to take over my business. He would walk into my working place and issue conflicting commands to my staff. The opposite of what I said. He wanted them to think he owned the business.

“At home when I tried to challenge his actions, he would say I do not respect him when his staff are around. Imagine ‘his’ staff!

“I know Gbenro is careless with money, so I did not put him in charge of anything that has to do with finances. He comes to me for money, and he hates that. He makes a big fuss about it and insults me, calls me domineering and controlling.

Read Also  Women Talk Sex: I feel no pleasure at all from penetrative sex

“I know he cannot leave me or get a new job because age is no longer on his side, and he enjoys being the alleged boss of my business. Because he is the head of the house, does it make him the head of my business?

“Sometimes he extorts money from me. He says there are some things that need to be fixed. He collects the money and never does the things he asked the money for.”

I asked her what an easy way out of this would be. She said, “Frankly, I wish we each made our own money.”