I was on the brink of giving up Seyi 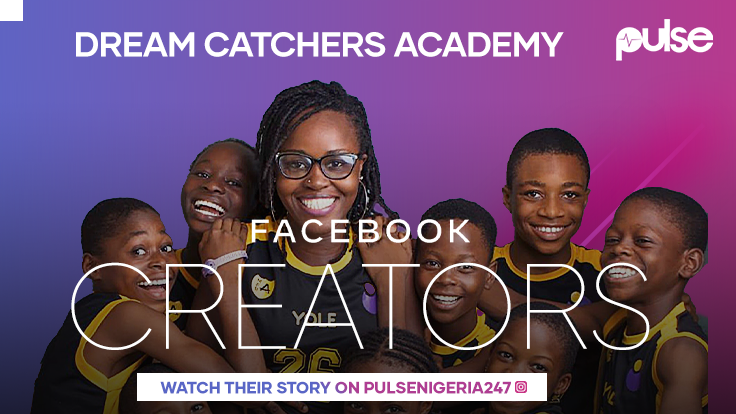 To know more about this dream, Pulse sat down with Seyi as she shared the story of building Dreams Catchers Academy as part of the #FacebookCreators campaign celebrating the stories of African creatives who are inspiring millions through arts across Facebook platforms.

The inspiration to start the Dream Catcher’s Academy is rooted deep in Seyi’s personal coming-of-age experiences. “I always wanted to dance as a child but I didn’t have that opportunity. I wanted to be that person that nobody ever was for me for other children. I actually started choreographing as a child when I was 15, when my family had moved to a low-income area after we had been homeless for about two years, so through teaching other children, I was able to find fulfilment. And that’s how I started as a choreographer.”

Seyi says the academy first started with enrolling two girls who had just lost their fathers and were living in an incomplete building without going to school. She had to fund the academy from her salary as a writer and it was also very rough for her. “I was on the brink of giving up, I was giving myself a year. I was like I’m going to try this for another year and if it doesn’t work, I’m just going to leave it.” Of course, she never had to make that decision because not long after, a video of her girls dancing to WizKid and DJ Spinal’s ‘Nowo’ video went viral on Instagram and Facebook.

Read Also  Couples' Therapy: We spoke to a couple on how they reached the decision to start having kids

Recalling their first viral video Seyi narrates “Immediately the song came out, we did a video and I was complaining. I was like ‘you people did not dance very well, I don’t like this video’. I think maybe a week later BellaNaija reposted it. I was very excited… and then one Saturday morning, I just woke up and I saw that someone called Naomi Campbell had reposted… My phone was just blowing up and blowing up, then my friend sent me a message that Rihanna reposted your video. I was like what?!”

Seyi says Facebook and Instagram have been instrumental to the survival of the academy as the school runs on crowdfunding. “How we get funds is mostly through crowdfunding. That’s one of the reasons why I’m extremely grateful to our Instagram and Facebook family.Whenever we’re trying to raise school fees, we always put out a post there and say ‘You know what? With $3 you can feed a child for a day. With $20 you can educate a child.”

Read Also  Did you know that chronic neck pain could be a symptom of HIV? Here are the early symptoms!

With Instagram being the primary tool that has been responsible for local and international exposure for the work at Dream Catchers Academy, Seyi says it has been more than just social media but “an awesome way to reach their audience and have a cyber family”.—

#FacebookCreators is a campaign by Facebook and Pulse Nigeria and Ghana to celebrate African creatives who are using their arts to inspire millions across Facebook platforms and beyond.