Igbo Ora Why does the twin capital of the world have 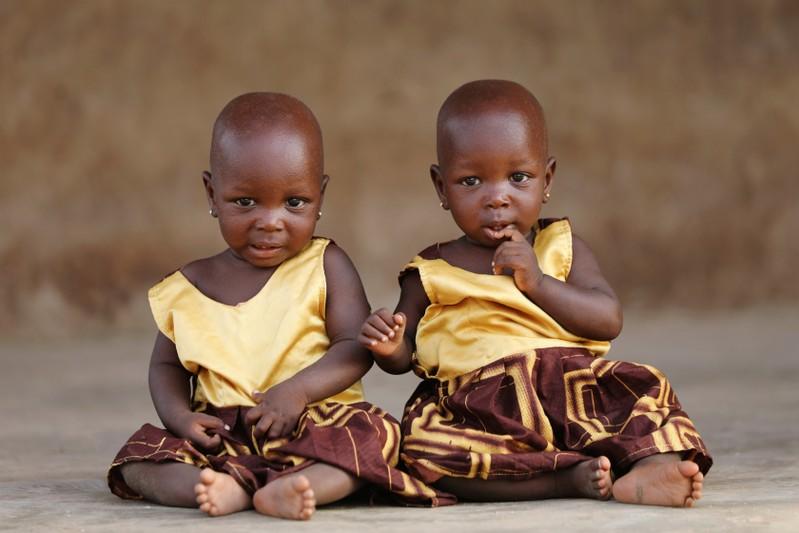 Igbo-Ora is one of the most extraordinary discoveries in Nigeria. While Europe boasts of about 16 twins for every 1,000 births and the United States about 33 for every 1,000 births, statistics from a study by British gynaecologist, Patrick Nylander, between 1972 and 1982, recorded an average of 45 to 50 sets of twins per 1000 live births in the southwest.

The town, a small 80 kilometers from Lagos, is a sleepy town in Oyo state with a simple way of life, made up of mostly farmers and traders. It is considered the Twin capital of the world, and has the stone plinth that boasts of it.

Because more twins are born in Igbo-Ora than anywhere else in the world, walking through the town might make you feel like you are seeing double. Almost every house has at least one set of twins.

The source of the double blessing

The production and birth of two children from the same pregnancy is still relatively uncommon. Because one cannot predict if a woman should expect twins, it is also considered special phenomenon. However, Igbo-Ora makes one think that there might be a secret to getting twins after all.

The high number of twin births has also been observed in Kodinji, India and Candido Godoi, Brasil. While there are speculations that the births might be due to genetics, research has suggested that the multiple births could be related to the eating habits of the women in the region.

Cassava is quite popular in the Yoruba diet as it can be eaten in many forms such as Amala, Garri, Fufu, etc. This is in addition to the many stews peculiar to the Yoruba people.Research carried out at the University of Lagos Teaching Hospital investigating the multiple twin births points to a high level of a chemical found in the peelings of a particular cassava and yam tubers.

Read Also  Around the World: How you can plan a trip to Ghana with your friends

This was also found in the women.According to a 2001 BBC interview, a consultant gynaecologist who had seen many of the multiple births at the hospital says:”These substances are usually linked to the release of more than one egg, which usually leads to twin pregnancies. That means that there is possibly an environmental factor that encourages the high level of this chemical substance.

Numerous works has shown that the tuber food of the Yoruba women, especially the peelings, contains a very large amount of these chemical substances. These women have a disproportionately large amount of these chemicals in their system and this encourages the release of more than one egg. There is enough reason to believe in this theory.”However, the leader of the Igbo-Ora community has linked the births to the soup they eat with these tubers saying:

“We eat a lot of the okra leaf or Ilasa soup. We also eat a lot of yam and these diets influence multiple births.”

In an interview with Battabox, when asked what could be the reason for her birth of twins, one of the mothers in the community says, “It is the work of God… and the food that I eat, like Amala with Ilasa soup.”Though no scientific explanation or evidence can prove that yam consumption can cause multiple births, could Ilesa soup be the reason for the high rate of twins in Igbo-Ora? Stay tuned for the recipe.