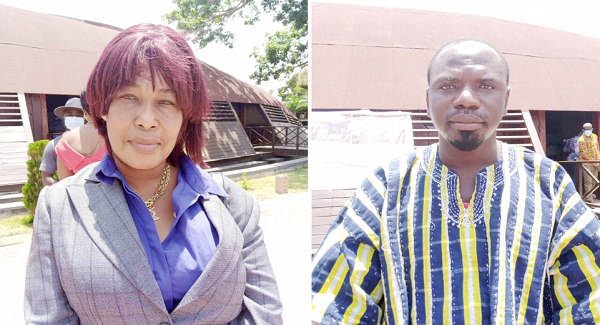 The Convention People’s Party (CPP) has called on the Electoral Commission (EC) to put structures and systems in place to ensure greater transparency in results collation and management.

That, it said, would remove all doubts and deepen stakeholder trust and public confidence in electoral outcomes.

The General Secretary of the CPP, Nana Yaa Akyimpim Jantuah, made the call in an interview with the Daily Graphic on the sidelines of a high level post-election stakeholders review workshop on the 2020 Presidential and Parliamentary elections organised by the Coalition of Domestic Election Observers (CODEO).

The EC through its Director of Training had earlier in a presentation indicated that the Commission in 2020 conducted the most successful, well-coordinated and seamless elections in the history of Ghana.

The CPP General Secretary said going forward, the EC and other stakeholders must strive to work together to eradicate misgivings and other issues that people were not happy about with regard to the 2020 general election.

“There should be more transparency, more unity and peace. Nobody should lose his or her life because of a ballot.” she said.

Nana Yaa Jantuah said it was also necessary that political parties were funded by the state, stressing that the modalities should be spelt out, especially given the monetisation of the political party processes in the last elections.

A member of the Research and Policy Committee of the People’s National Convention (PNC), Mr Sulemana Seidu, for his part, condemned incidences of violence that characterised the election processes, especially during the collation of results in some constituencies across the country.

He expressed his disappointment at the rise of electoral violence in parts of the country, which consequently led to the loss of lives and destruction of properties following the December 7, 2020 election.

He called on the security agencies to comprehensively investigate those incidents, and the perpetrators made to face the full rigors of the law to deter others.

On political party financing, he called for public funding of political parties, especially parties with the requisite structures to enable them function as expected.

Mr Seidu, who is also the Ashanti Regional Secretary of the PNC, asked the EC to make it part of its arrangement to assist political parties with representations at the polling stations with logistics to help them to monitor elections in a manner that guaranteed transparency.