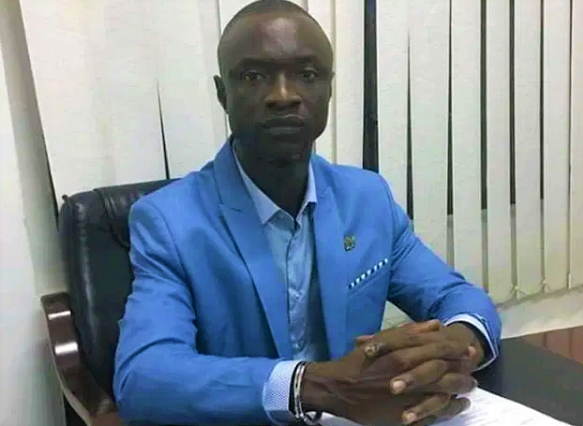 The Member of Parliament (MP) for the Lambussie Constituency in the Upper West Region, Dr Bright Yelviel Baligi (NPP), says the youth of Lambussie are eager to support the government’s agricultural flagship programme, Planting for Food and Jobs.

“All the youth need is to be provided with the right machinery in the agricultural sector to help expand food production and increase incomes of small-holder farmers,” he said.

Dr Baligi stated this when he took his turn to explain to journalists the government’s Budget Statement and Economic Policy for the year 2021.

He described the 2021 budget statement as one that restores hope and confidence in the Ghanaian economy.

Read Also  I will build an equal society - John Mahama

He said by the geographical location and natural endowment of the Lambussie Constituency, which shared boundary with neighbouring Burkina Faso, “the country stands to gain substantially in economic fortunes if government assists the youth with the needed agricultural machinery and equipment”.

In recognition of the agricultural sector’s potential and the president’s resolve to attract educated youth into agriculture, “this will serve as a source of livelihood for rural youth”.

He posited that it made economic sense if government committed some resources to developing agrarian communities, especially that of his constituency where the youth were already imbued with the zeal and the zest to contribute to food production in the country.

Dr Baligi noted that if the battle against poverty, hunger and unemployment would be won, it must be in the agricultural sector.

“As an agrarian constituency, the primary occupation of most of the people is basically anchored on farming.”

“The above development notwithstanding, youth unemployment and difficulty in accessing farm inputs by most farmers are among the topical issues that stand tall as constraining factors in the people’s unrelenting and unwavering commitment to food production,” Dr Baligi noted.

To this end, he said, with the necessary farm machinery in place, the constituency was likely to become the country’s food hub in the next few years.

Throwing more light on some key thematic areas of the budget, especially on agriculture, he was convinced that the budget came with more hope to Ghanaians, stressing that the President was deeply committed to see to the full implementation of the budget to alleviate the global economic challenges and the seemingly unending conundrum that people have been inundated with following the ravaging effect of the Covid-19 pandemic.

In his view, the global population was expected to increase to nine billion by 2050, with the youth (aged 15–24) accounting for about 14 per cent.

“While the world’s youth cohort is expected to grow, employment and entrepreneurial opportunities for the youth, particularly those living in developing countries’ economically stagnant rural areas, remain limited, poorly remunerated and of low quality,” he observed.