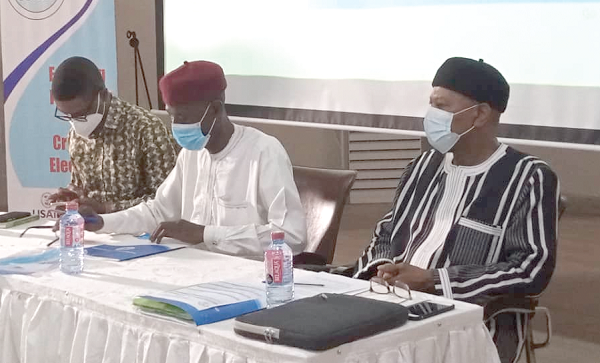 The immediate past Special Representative of the UN Secretary-General for West Africa and the Sahel (UNOWAS), Dr Mohamed Ibn Chambas, has called on stakeholders in the country’s electoral process to find ways to end election violence and deaths.

He said incidents of violence recorded in the 2020 general election tainted the country’s bragging rights as the bastion of democracy on the continent.

Dr Chambas, therefore, urged the Electoral Commission (EC), the security agencies, the government and other stakeholders to work towards averting such incidents in future polls.

The former Special Representative was speaking at the opening of a three-day post election stakeholders’ review workshop on the 2020 presidential and parliamentary elections in Ada in the Greater Accra Region yesterday.

It was organised by the Coalition of Domestic Election Observers (CODEO), with support from the United States Agency for International Development (USAID).

In attendance were representatives of political parties, the EC, the Ghana Bar Association (GBA), the media, the police, the European Union, among others.

Dr Chambas said the violence and deaths that occurred during the elections should not have happened, stressing that a life lost was one too many to be lost in elections.

He said the reported death of five persons in the elections should be a source of concern to all.

“Never again will we see any loss of life in elections in the country,” Dr Chambas said, adding that Ghana must go back to the good practices of the past when, no matter the shortcomings of electoral processes, disagreements were resolved through dialogue and not killing.

Dr Chambas, meanwhile, commended the people, saying despite the challenges encountered during the polls, they once again demonstrated their political maturity and love for the country by ensuring a peaceful conclusion to the electoral process.

He said internal conflict prevention and dispute resolution mechanisms remained one of the reliable tools for arriving at amicable settlements during elections.

According to him, the commitment to democratic values by stakeholders in the elections was indicative of the high level of political maturity and understanding of the tenets of democracy by all parties.

The acting Chairman of CODEO, Sheikh Armiyawo Shaibu, said although the conduct of the 2020 elections was generally successful, there was the need for a holistic assessment of the election process to identify gaps, challenges and opportunities that existed to improve on the conduct of future polls.

The Deputy Director of the Democracy and Governance Office of USAID Ghana, Mr Emmanuel Ackman Mensah, expressed the hope that the outcome of the workshop, as well as its recommendations, would go a long way to improve on political development in the country.