“The record of John Mahama and his NDC in government points to the fact that they cannot be trusted to fulfill their numerous campaign promises, and this must form the basis for their rejection in December.”

He said there was ample evidence that former President Mahama could not be trusted to fulfil his campaign pledges as the nation prepares for elections on December 7.

Mr Asenso-Boakye who is the a Deputy Chief of Staff at the Presidency stated this when he addressed campaign volunteer groups for the NPP in the Bantama constituency on Monday, September 14, 2020.

“Prior to the 2008 election, one of the flagship promises of the NDC was to institute a one-time premium for the National Health Insurance Scheme (NHIS). But we can all attest to the fact that throughout their eight years in office, they failed to deliver on that promise. So they have a history of unfulfilled promises. That makes it difficult to trust them”, said Mr. Asenso-Boakye.

“For a political party that questioned the possibility and viability of free SHS, isn’t it mind boggling that they are now promising to extend the policy to include private senior high schools?”, he quizzed.

He disclosed that, unlike the NDC, the NPP has fulfilled all of its campaign promises. “We have delivered on the free SHS pledge, even though John Mahama and the NDC did not believe in it. We have fulfilled One District One Factory pledge, Planting for Food and Jobs, among others.”

He therefore concluded that Ghanaians can trust the NPP when it comes to the fulfilment of their campaign pledges, and advised that they should not fall for the lies and deceit of their opponents. 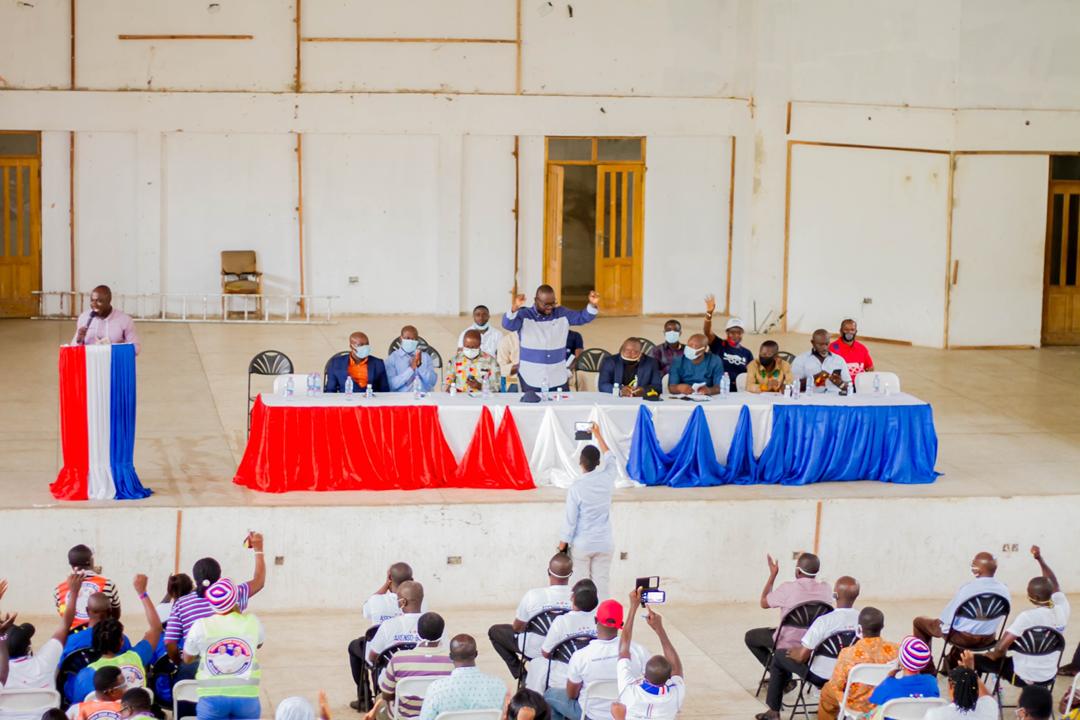 He reiterated that, they in the NPP have a message, and that is simple; they have performed better and delivered on their promises. He charged the volunteers to disseminate the various achievements of the party. “Unfortunately, the NDC cannot boast of a single policy that transformed the lives of Ghanaians. I challenge them to name just one,” he said to loud cheers from the crowd.

“In its first year of introduction, over 80,000 additional kids had access to free SHS. The number increased to over 180,000 in the subsequent year and this keeps increasing. All these young men and women would have been denied access to secondary education if not for the free SHS initiative.”

“A recent police report reveals a decline in crime rates in the country. This can largely be attributed to the fact that more young men and women are now in school, unlike before where they would spend their time engaging in social vices”, he added.

“Again, due to the introduction of Planting for Food & Jobs (PFJ) programme, Ghana no longer imports maize for consumption and rice imports have cut by half. We are now able to export plantain and other foodstuffs to neighbouring countries”, Asenso-Boakye narrated.

He also said that there are a total of 180 One District One Factory (1D1F) projects ongoing at various stages of completion across the country. “About a month ago, President Akufo-Addo commissioned the Ekumfi Fruit factory in Ekumfi. The factory directly employs over 500 Ghanaians, both skilled and unskilled and indirectly employs thousands of pineapple farmers in the area. “This is how we develop a nation”, he intimated.

He therefore charged the volunteers to work hard and retain President Akufo-Addo and the NPP in office for four more years.

On his part, the Chief Executive Officer of Kumasi Metropolitan Assembly (KMA), Mr. Osei Assibey Antwi strongly refuted claims by NDC functionaries that government has not done much for the Ashanti region. He stated that “under the NDC, most of our roads were in a deplorable state. However, as we all know, Kumasi has seen massive construction of roads since the NPP took office, and Bantama is getting i

ts fair share. He also expressed appreciation to Mr. Asenso-Boakye for his diverse contributions to the development of the Bantama constituency. “I have lost count of the many development projects you have undertaken in this short period. I am hopeful that you will continue to impart lives in Bantama and beyond”, he said.

The Regional Director of National Service Scheme, Mr. Alex Opoku Mensah assured the volunteers that as their leaders, they will make sure that all logistics needed for the campaign are provided to make their work smooth. 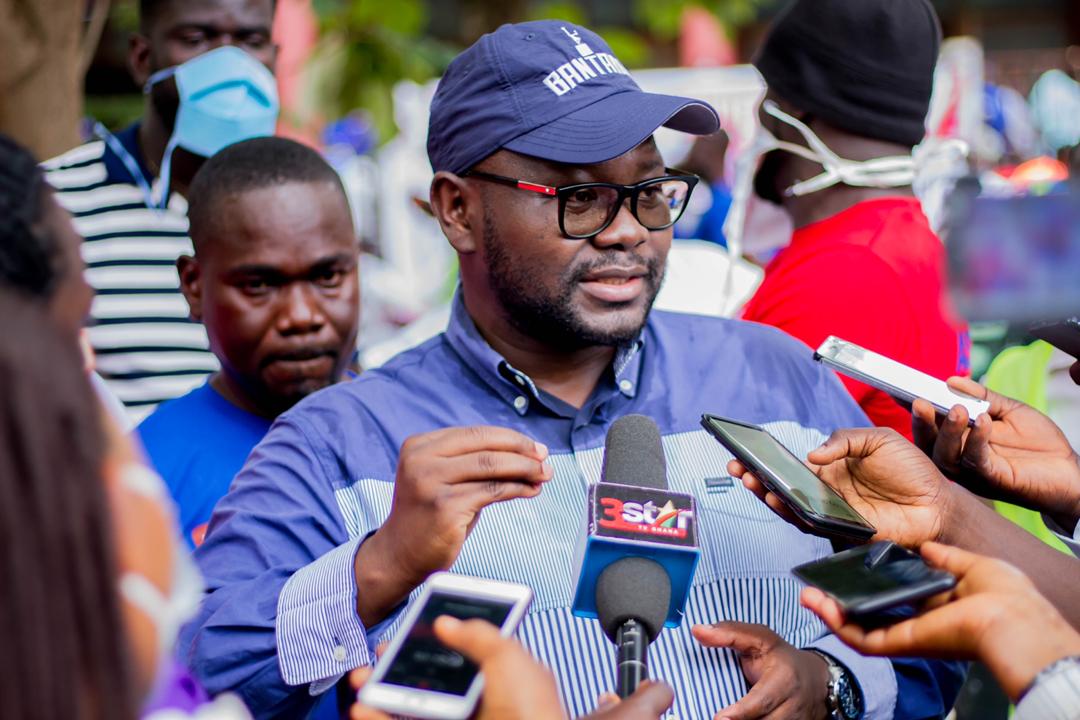 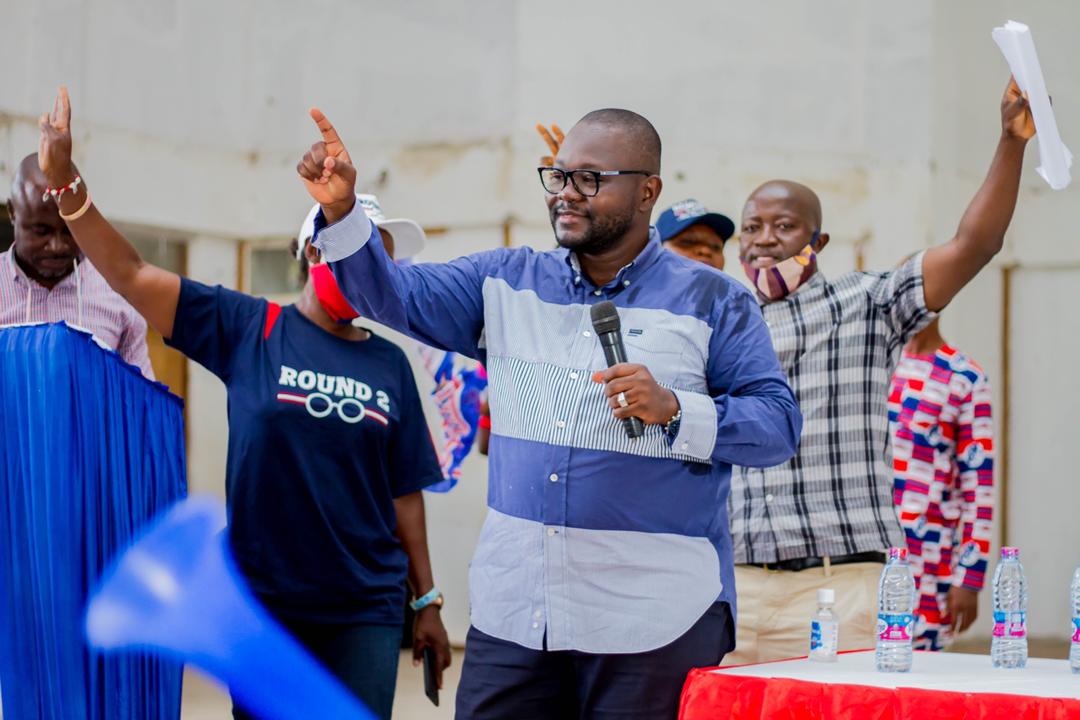