Mahama's SADA was a monumental waste of taxpayers money – Bawumia 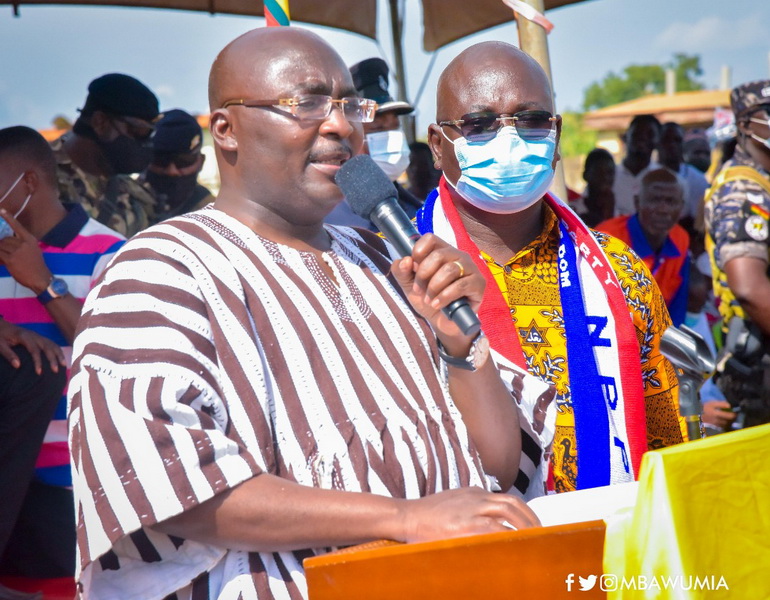 Vice President Dr. Mahamudu Bawumia has challenged former President Mahama to name just one legacy his programme for the development of the northern parts of Ghana, the Savanna Accelerated Development Authority (SADA), bequeathed the country.

Addressing a durbar in his honour by the chiefs and people of Tatale Traditional area on Friday, September 4, Bawumia described SADA as “a monumental and inexplicable waste of taxpayer resources”, and expressed disgust at the insensitive manner in which Mahama’s administration exploited the poor people of the north and wasted millions of dollars under the guise of developing the north through SADA.

“Where is the legacy of SADA?” Dr. Bawumia quipped.

“They said they have invested in tree planting. We say where are the trees? They say they have all been burnt by fire.”

No room for SADA scandals in my govt — Prez Akufo-Addo

Dr. Bawumia said unlike former President Mahama, President Akufo-Addo has proven to be a leader who truly cares about development for all.

“Nana Addo Dankwa Akufo-Addo is a different type of leader. He is a leader who talks development and does development,” Dr. Bawumia noted.

“This is why you’re seeing all these projects across Tatale Sanguli and other parts of the north. President Akuffo-Addo is a leader who believes in inclusive development, and the true development of the northern part of the country.”

Narrowing the government’s development agenda to Tatale Sanguli constituency, Dr. Bawumia said the government of President Akuffo-Addo has done more in three and half years for the area than the former President Mahama and the NDC did in eight years.

“What we have done in the past three and half years in Sanguli is more than what the NDC did in eight years and they should come and challenge and show us what they did.”

He urged the Chiefs and people of the area to continue to support President Akufo-Addo, who has kept faith with them, and not someone who failed the north.

“Former President Mahama failed you and he now says you should give him another chance so that he will come and do the job that someone is already doing.”