Meet Hajia Aya Yar’Adua, the woman who gave birth to a President, Vice President and a Governor (Photos) 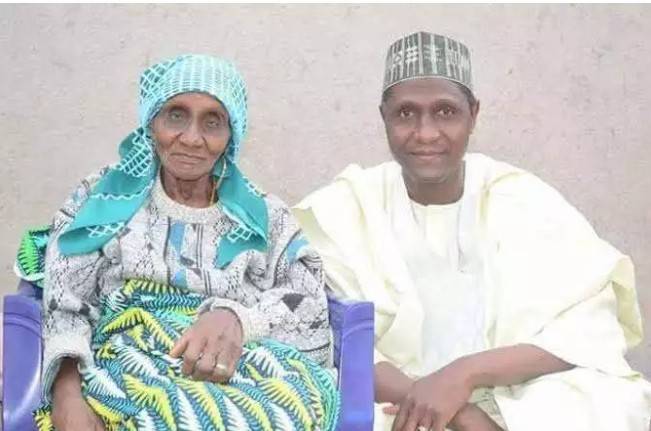 Raising children to be great in future takes a lot of work. It takes great mothers to produce great children.

Mothers cannot predict the future of their children but they play the most important role in making a child a better person.

Hajia Aya Dada Yar’Adua, the wife of former minister Musa Yar’dua is a proud mother and a grandmother. All her children are great men.

Hajia Yar’Adua is the mother of late President Umaru Musa Yar’Adua who was also an ex-Governor of Katsina State.

Shehu Musa Yaradua, Vice President of Nigeria from 1979 to 1982 is also a son of Hajia Yar’Adua. Alhaji Murtala Shegu Yaradua, who was former minister from 2009 to 2011, is also a grandson of the woman.

That is not all, three of her granddaughters are married to Governors in some Nigerian states.