MPs call for probe of all electoral violence 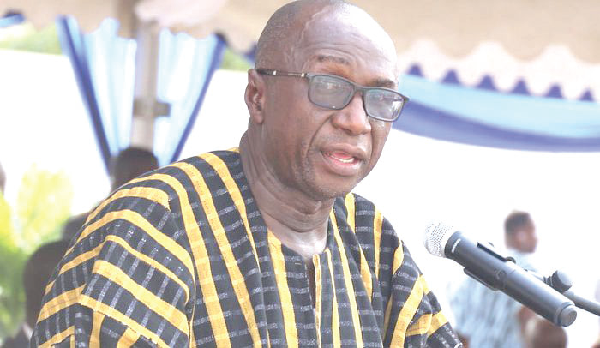 Members of Parliament (MPs) have called for the setting up of a commission of enquiry to probe electoral violence in Ghana so as to help bring justice to those who have suffered excesses from the security agencies.

They said the commission would help determine those who perpetrated violence against Ghanaians and to ensure that they were punished to serve as deterrent to others in the future.

While Majority MPs requested for the scope of the probe to begin from electoral violence from 1992 till date, Minority MPs suggested the focus of enquiries be limited to the 2020 general election in which they said some seven people were shot dead through excesses by the security agencies.

Those from the Minority National Democratic Congress (NDC) side were the MP for North Tongu, Mr Samuel Okudzeto Ablakwa, and the MP for Builsa North, Mr James Agalga.

They were contributing to a debate on the President’s first message on the state of the nation last Tuesday.

Contributing, Mr Nitiwul said he was baffled at the argument that soldiers had not been involved in the prevention of election-related violence, describing such arguments as “fallacy and not true”.

He said soldiers had often been involved in helping the Ghana Police Service in election-related matters.

He concurred that the worst form of electoral violence happened in 2000 and the most violent post-election in Ghana’s history took place in 2009 when over nine people were slaughtered at Agbogbloshie after an election while over 20 houses were burnt in a Tamale suburb, with five people murdered.

Read Also  Over 142,000 People With HIV Do Not Know Their Status — AIDs Commission

He, therefore, said he would be happy to see a body set up to probe all election violence as well as post-election-related violence since 1992.

Mr Ablakwa said there could be no justification when lives had been lost and, therefore, urged the ministers for the Interior and Defence who were in charge at the time the victims were murdered to stop the act of “equalisation and being reckless in their remarks”.

He pointed out that he, together with colleague MPs, had signed for a bi-partisan enquiry into the killing to seek justice for their families.

Contributing, Mr Dery rebuffed the claims by the MP for North Tongu that the government had not shown any interest in investigating the murder of the seven people during the 2020 elections.

He informed the House that just like other killings in the country, the murder of the seven persons was currently being investigated by the police.

Mr Agalga said the police could not, in a democratic space, investigate themselves when they, together with the military personnel, shot and killed “eight Ghanaians” during the conduct of the elections.

“For us to have a credible election, respectfully Mr Speaker, there ought to be an independent probe,” he said.

Mr Abu Jinapor, for his part, said while he did not condone electoral violence, selective condemnation of electoral violence must be eschewed.
“Election violence has been with us since 1992 and if we want to deal with it, we should do so from 1992 till date,” he said.