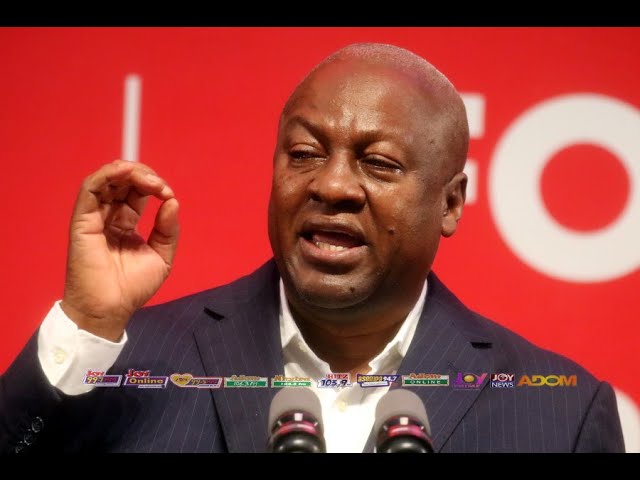 Former President John Mahama has promised to return missing excavators to its rightful owners should he win the December polls.

According to him, his government “will track down and take back all excavators that are missing and return them to their rightful owners.”

Mr Mahama, who is flagbearer of the opposition National Democratic Congress (NDC), made the promise during the party’s manifesto launch at the University of Professional Studies in Accra, Monday.

He noted that the missing 500 excavators scandal is a vindication of the NDC’s long held position that the government has failed in its fight against illegal mining known in local parlance as galamsey.

Mr Mahama indicated that the mining sector will be revamped under his leadership.

He said a future NDC government will re-issue confiscated mining licenses to miners and return seized legitimate concessions to their owners.

In the gold producing regions of Ghana, Mr Mahama said his government, in conjunction with the private sector, will establish gold refineries and ban the export of unrefined gold produced by small-scale mining companies.