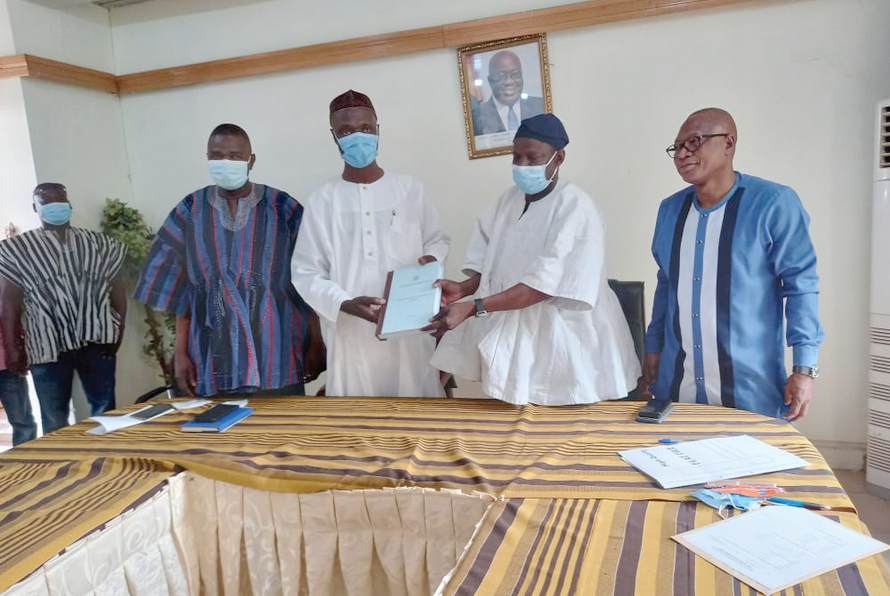 The new Northern Regional Minister, Mr Shani Alhassan Shaibu, has called for support and cooperation from senior management staff of the Regional Coordinating Council (RCC) to achieve the President’s goals and vision for the region.

He said the region had enormous potentials which if well harnessed, would help bring about the needed development in the region.

Mr Shaibu made the call when he met senior management staff of the RCC at a hand over ceremony held in Tamale yesterday to usher him officially into office as the Northern Regional Minister.

The new Northern Regional Minister, who described himself as a “workaholic,” told the management staff that with team work and hard work they will together achieve the goals and targets set for the region.

“I urge you all to offer your best to help uplift the image of the region, which is the paramount goal of all of us’, he stated.

Mr Shaibu further called for the support and cooperation of all and sundry in the region, especially chiefs and opinion leaders to move the development agenda of the region forward.

He thanked his predecessor, Mr Salifu Saeed, for steering the affairs of the region for the past four years and promised to work hard to retain the trust and confidence the chiefs and people have in the President, Nana Addo Dankwa Akufo-Addo, who he is to represent in the region.

The outgoing Northern Regional Minister, Mr Salifu Saeed, on his part, congratulated his successor, Mr Shaibu and urged him to leverage on the relative peace being enjoyed in the region, especially the restoration of peace and stability to Dagbon to accelerate the development of the region.

He also used the occasion to thank the President for giving him the opportunity to serve in his first term as regional minister.

He also expressed his gratitude to the chiefs, religious leaders, the media, the regional executive members of the governing party and the opposition for the support he enjoyed during his tenure as regional minister and asked for the same support and cooperation to be extended to his successor, especially from the civil servants at the RCC.

He urged his successor to continue to work hard to retain the confidence the chiefs and people have in the government.