Ogbunike Caves is one of Nigeria039s most impressive natural wonders 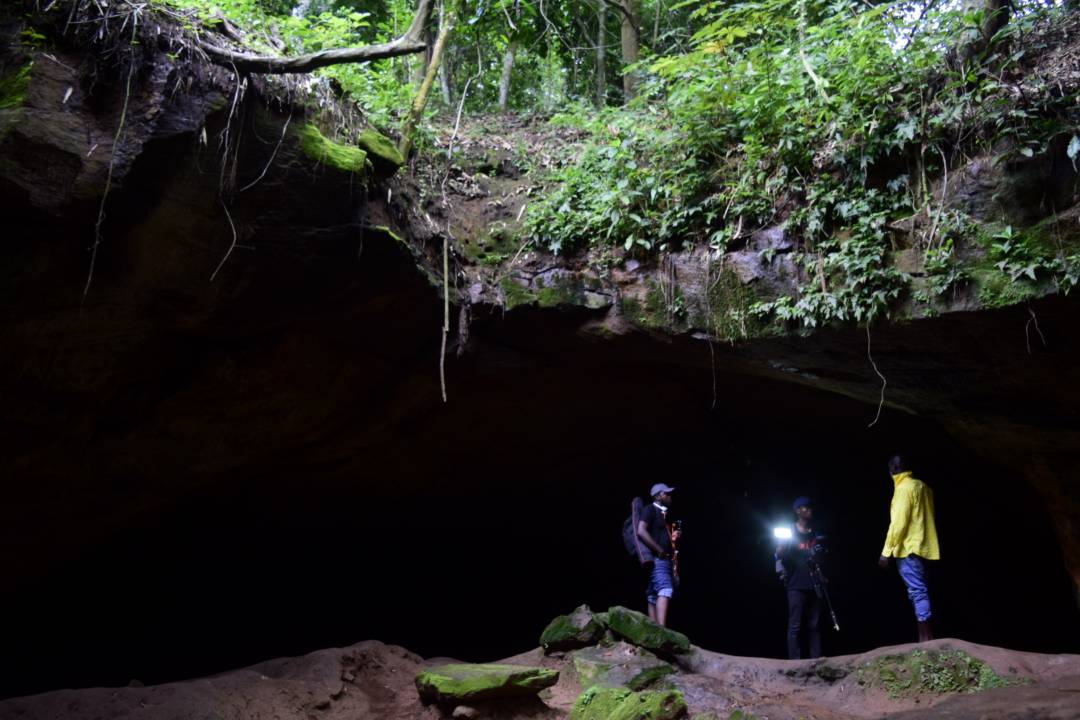 For the locals and soldiers who hid and lived there for days and weeks in some cases, it was familiar territory; a complex maze of caves that outsiders could never understand.

It was not the first time that the Ogbunike caves offered a place for hiding; it is said that slave traders in pre-colonial times hid in the caves from which they planned and executed slave raids.

The safety and refuge that the caves have provided across history are partly why they hold special importance to the indigenes of Anambra and the East of Nigeria, to an extent.

The Ogbunike caves are actually a system of many caves linked together by small, tunnels and passages. They take their name from Ogbunike, a town in Oyi Local Government Area of Anambra State where they are situated.

The main cave consists of a massive structure with a big open chamber of about 5m high, 10m wide and 30m long at the entrance.

Beyond their storied history as a place of refuge, the Ogbunike caves have an important spiritual heritage that dates back many years before the white man first set foot on African soil, to a time when they worshiped in its darkest recesses.

It is said that the Ogbunike caves were discovered by a man named Ukwa, from the Umucheke family of Ifite-Ogbunike, about 4000 years ago.

Legends claim that the caves were created by a deity, Ogba, who they believe lives within.

The Ogbunike caves draw much of their spiritual significance from this belief. Some of the indigenes still come there to worship and they point to many phenomena in and around the cave as proof of their beliefs.

Read Also  Bilikisu Sungbo: Is the Queen of Sheba buried in Ijebu?

As part of #Pulse36, their 72-day trip around Nigeria’s 36 states, Fu’ad Lawal and Chris Chukwuedo visited the Ogbunike caves.

They were led in by a tour guide, Black Mamba who showed them the many elements that have given the caves such spiritual connotations.

Within the caves, there is a large colony of harmless bats of various sizes that seem to stand as guardians of the structure.

Water drops perpetually from the roof of the caves at many points; spiritualists believe that it is healing water and many come to collect it for varying purposes.

While they found their way through the caves, crawling at times, Black Mamba drew the attention of Fu’ad and Chris to three small passages to other sections of the caves.

“If you want to see crocodile, tortoise and talking stone, you will go through this place”, he said, pointing towards three small tunnels.

Whether you believe these things or not, the Ogbunike caves have taken on an essence that makes them different from any random naturally-occurring underground structure within or without Nigeria.

As such, there are rules, provisions, and celebrations that seek to preserve their sanctity and honor their significance in times of old and nowadays.

One cannot leave the caves by the same entrance they came in. This is not negotiable; visitors have to wriggle and crawl their way through until they are led to another passage.

Read Also  Coconut Oil: Side effects of the oil to the skin and body system

In English, one does not begin a journey and suddenly decide to turn back.

Luckily, there are many other points of entry and exit, and the journey out can be very short, if need be.

Women cannot enter the caves while on their monthly cycles; and all visitors, regardless of status and age, must take their shoes off before entering.

Spectators were said to have been surprised when a former governor of Anambra State visited the caves and was asked to tale his shoes off. He obeyed without question.

Every year, locals hold the Ime Ogbe festival in a celebration of the caves and its spirits that attract visitors from around the state and beyond.

In some ways, the substance of the Ogbunike caves have made their way into modern times, but not as much as one would expect.

The caves have become a location of interest for movie directors looking for a bit of the mysterious and natural. In 2013, much of the seminal Nollywood movie series, Idemili was shot at the Ogbunike caves.

In 2007, UNESCO added the caves to their tentative list to be considered as a World Heritage Site, after it was submitted by the Nigerian Commission for Museums and Monuments.

The Anambra State has also contributed to the preservation of the site, but what has been left undone, leaves much to be desired.

The site has been protected from the threat of urbanization to a large degree; there are large boundaries, about 20 hectares on all sides, between the caves and the closest human settlement.

In the valley that leads to the mouth of the caves, there is a lengthy walkway of 317 steps that is said to be have constructed by the Anambra State government in the 1990s.

In 2014, numerous publications reported that Governor Willie Obiano of Anambra State told a gathering of Ogbunike residents that his administration had awarded projects worth 250 million naira for the preservation and upgrade of the caves to meet modern standards.

Those reports have since been deleted and taken down.

The present state of the Ogbunike caves demands that such money is spent to give it a face-lift, at the least.

Besides the steps, there is nothing that offers ease of access and navigation for visitors and tourists.

Within the caves, there are no lights to show the way or vents to make the experience easier for claustrophobic visitors.

The tour guides have a great deal of knowledge about the caves, but there is no training on how to deal with tourists or adequate remuneration to motivate them to offer visitors a sterling experience.

The result is that they can be hostile and dismissive at times.

There is no doubt that the Ogbunike caves have major tourist potential, both for their history, novelty and the many mysteries that lie within its dark chambers.

But more must be done to accentuate its unrivaled beauty and incite visitors to enjoy what is undoubtedly one of nature’s more impressive wonders.