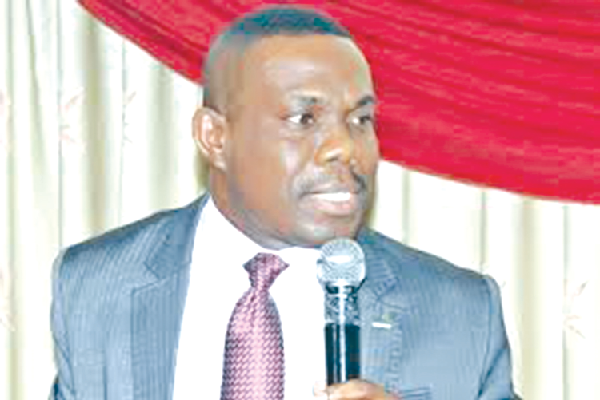 A Public Financial Management and Local Government Expert, Dr Eric Oduro Osae, has commended the government for increasing the budget allocation to the Ministry of Local Government and Rural Development (MLG&RD) from GH¢1.1 billion in 2020 to GH¢1.6 billion in the 2021 budget.

He described the 2021 Budget on MLGD&RD as modest, which took into consideration the constitutional requirements for Decentralisation and Local Governance under Chapter 20 of the 1992 Constitution.

He said as far as decentralisation and local government were concerned, there was a 41.9 per cent increase in the budgetary allocation for the business of decentralisation.

“For the first time the budget has given recognition to decentralisation, because it had been added to the name of the Ministry of Local Government and Rural Development,” Dr Osae stated in an interview.

“And that is what the constitution requires. In fact, when you look at Chapter 20 of the 1992 Constitution, the heading has always been Decentralisation and Local Governance but since we ushered in the fourth Republic, no government has mustered the courage to give the name decentralisation to the Ministry,” he said.

“So, for the budget to give the name Decentralisation to the Ministry and continue to allocate a budget for that, it means that the government is committed to decentralisation within the context of the constitution.”

Dr Osae, who is also the Director of the Internal Audit Agency of Ghana, said the regional reorganisation and development budget had been routed through the MLGD&RD to support the implementation of projects and programmes in the new regions.

On the strengths of the 2021 Budget with regard to Local Governance and Decentralisation, Dr Osae mentioned that it “takes account of the New Decentralisation Policy and Strategy (2020-2024).”

He said the Budget continued to recognise key Local Government and Decentralisation institutions such as District Assemblies Common Fund (DACF), the Births and Deaths Registry and the Department of Parks and Gardens.

He said it also recognised the ministerial realignment by transferring the activities of the Ministry of Regional Reorganisation and Development to the MLGD&RD.

He said the budget recognised for the first time the financial activities of Metropolitan, Municipal and District Assemblies (MMDAs) on the national accounts.
Concerning outstanding decentralisation issues, Dr Osae cited the absence of a budget line for decentralisation in the main budget and the disjointed or uncoordinated efforts to establish the total quantum for development partner support to decentralisation and local governance in Ghana.

Dr Osae said the budget had no provision for consensus building on the election of Metropolitan, Municipal and District Chief Executives (MMDCEs) to complete the political decentralisation in Ghana.

Another is the non-clarification of the role of MMDAs in the implementation of Business Continuity Plans (BCPs) for the local governments and operators within the economy in a Post COVID-19 period to resuscitate the local economy.

He said there was no provision in the budget for the role of traditional authorities and assembly members in local level development.

He urged Parliament, especially the Select Committee on Local Government and Decentralisation, to engage the sector Minister on the way forward as far as operationalising decentralisation in the country was concerned. —GNA