Pulse First Love: He made me beg for his love and everything else

Pulse First Love: He made me beg for his love and everything else 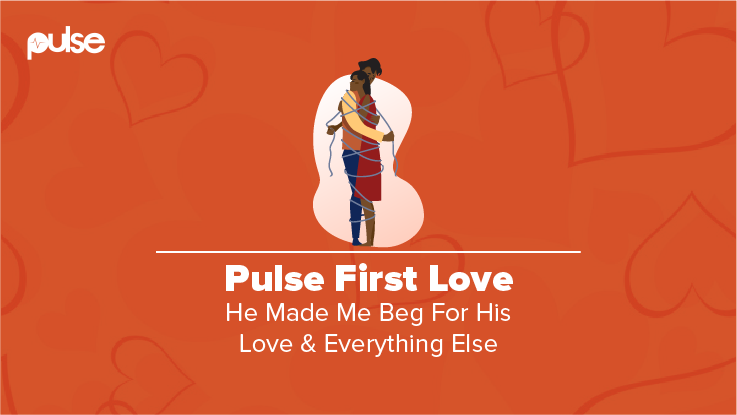 This week on #PulseFirstLove, our subject tells a story of how she was served ‘breakfast’ in the cruellest ways by her first ever lover; and how that awful experience shaped how she view romantic relationships, over seven years later. Read on.

Let’s talk about your first crush

The first time I had a crush on a guy was in primary school and he also liked me. And I was probably just like 10 years old here, by the way.

How about the first guy that asked you out?

The first time a guy asked me out was my JSS3. I didn’t expect it though, because there were other prettier girls in my set.

How about the first time you fell in love though?

The first time I fell in love I was in SSS2. It was very, very nice. I even thought we were going to get married or something because I could swear he loved me back.

And how did the relationship go?

Terrible. And I will never ever go back to that time for any reason even if my life depends on it. LOL.

Ok. What would you say is the most memorable part of the relationship for you?

Him always doing cute stuff like calling me by my middle name and telling me how much he ‘loved’ me even though he was cheating on me with the whole world.

Obviously, you guys broke up. How did that go?

We were together for three years and even though he was moving mad the whole time, I didn’t have the mind to break up with him because of how much I loved him. In fact, we had an issue and while he was the one that had wronged me, I still wanted to call him to apologise but my cousin was having none of it. She threatened to report me to her mum. She later took my phone while I was asleep, pretended to be me, and then proceeded to insult and block him everywhere.

Send your cousin money. She deserves it

Now that you are older. What do you think you would have done differently?

I wouldn’t have gone into the relationship at all. I also wouldn’t have begged him to love me back when things weren’t going well. Ewww. He actually cheated on me with a lot of my friends. The bastard also asked my cousin out and told her I was forcing myself on him.

Omo. Were you people not teenagers here?

We were oh. I think he was 16 or 17 at this time. I don’t even know how he could have been that awful at that age. He was always chatting with my friends. A lot of them even sent nudes to him back then on 2go. And I was just there begging him to be loyal to me, to love me back the way I loved him but of course, he didn’t.

One time he was dating my friend, then I called him one day to ask how she was doing… And he was like: “my babe is okay, thank you for asking.” Mind you, we were still dating at this point oh!

Mad. So what was the biggest lesson you took from that relationship?

Random. But tell me about your first kiss

It was with someone else and I was excited because I finally got the chance to practice what I had been seeing in movies.

When was the last time you heard from this your first love though?

He actually chatted me up recently to ask if I knew the IG handle of that my friend he was cheating on me with back then. The audacity.

Nah. I just told him no, and that it had been a while since I last heard from her. And the stupid guy was like “stop telling lies and give me her handle.” The audacity! That was the last time we spoke sha. I’ve not bothered with him ever since.

My love life is great. I have been in a relationship for 7 years. I am actually genuinely happy now.

Video: I Never Thought I’ll Give Birth Again At My Age

Inflation: 5 most expensive food items in the market right now