Pulse First Love It was her maturity and generosity for 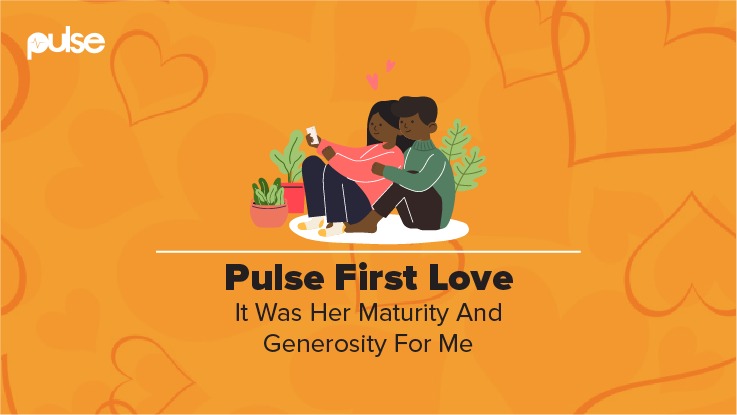 This guy on this week’s #PulseFirstLove looks back on a relationship steeped in unbelievable levels of kindness, goodwill, and some memories that might never be forgotten for life. Read on.

Can you remember the first person you had a crush on?

That has to be my teacher in Primary school. Primary 4 to be precise. *Aunty Mercy. I really liked that aunty.

Hhehehe. Fascinating stuff. How can you tell that you were not just fond of her?

There’s that actually. But then hindsight is a good thing. I have had over 20 years to process it and I think it can definitely pass as a crush. So yeah, I was definitely crushing on my Primary 4 class teacher

On any other day I’d have problems believing that you could crush on anyone at that age but not today. I believe you.

Thanks for having faith in me.

Never say never o. Have you not heard the gist of that teacher who left her husband and married her student? Even after being prosecuted, she still went back to him and they had a family together afterwards?

LMAO. I’ve heard about that but that one is like 1 in a zillion cases.

The chances are not as far-fetched as you make it sound but OK. Sha let me answer your question.

I had this massive crush on a senior in secondary school. She was in SS2 and I was in JSS3. Till this babe left the school I was mad over her. I still stalk her on Instagram from time to time. She is married now sha.

Read Also  Sugarcane: The health benefits of this plant will leave you speechless

I’d ask you about your thing for older women but first I’m more concerned about how your crush on this senior girl went right now.

I don’t particularly think I have a thing for older women even though I have been with exactly two of them so far in my life but again to answer your question, it was mission impossible obviously. Although I managed to endear myself to her but it was in a ‘little brother’ kind of way. You know how teenage girls in secondary school like to look down at boys that are either younger or in a junior class. Fuck that.

Sorry about that. At what point did you eventually get a girl who was actually attainable?

SS2. *Suzanne. That was her name. It was as if my eyes suddenly opened late in SS2 because we had been in the same class forever but I never looked at her like that. We dated till after WAEC.

Absolutely. Absolutely. Bruh we were talking of ‘when we get married’, using sentences like ‘in the future’ ‘our children,’ you know all that innocent, untouched unsoiled perspective you have on life and love at that stage of your life. LMAO. We were way in so deep.

LMAO. I can imagine all the dreams. What happened to the relationship?

Childishness I presume. But it was bound to happen. I mean, we were more likely to split up than come all the way. I can’t remember for sure how we broke up sef. I just know we did after WAEC. Must have been the difficulty of seeing each other after not going to school together anymore. You know Nigerian parents now. It was not like we were allowed to go out that much. School was our saving grace and that was out of the picture after WAEC. So, yeah, relationship went kaput.

Very innocent of course. LOL. And this may sound like tooting my own horn but I think I did good.

Ok. Tell me what you remember of the relationship

To be honest, it was more like attending a lesson in dating. Like I said earlier, hindsight is a very good thing. This girl was my age mate but she seemed to know a lot of good stuff and possessed a lot of lovely habits that any adult would even be proud to have generally and also in a relationship.

Generosity. Omo. That girl was generous to a fault. One situation I’ll never forget is her constantly getting me gifts. In secondary school o. Biscuits, food, boxers, singlets –

Ah. They learn to give that so early, don’t they?

Lol. You said that not me.

What didn’t she give me? Perfumes, the list goes on. And I was often overwhelmed at the show of love because while I knew that you were to do this with people you love, I didn’t know that we were to start so early – or that we could start it that early. I thought we would have to be old to do that. She totally etched that aspect in my mind early. It was difficult to not be generous or learn generosity with that girl. I am 27 now and I don’t think they make them as generous as that anymore.

Sweet. You said dating her was like taking lessons in dating. What else did you learn?

Patience, how to not be jealous – although I can’t say I learnt these so well. LOL. But really, she was the sweetest girl ever. I really hope she has not unlearnt all that good stuff. Look at me being so awestruck 12 years after.

Was there any sex between you guys at that point?

Nah. Although we kissed during our VS [Valedictory service] sha. One brief hasty thing like that. I saw stars sha. God. I was so young and innocent. LMAO.

Normal stuff. You kinda sound like you would date her again though.

Yeah. If she weren’t outside the country, married to another person with a child already.

And how is your own love life these days?

Single pringle. Been in and out of some relationships, situationships and a couple of casual affairs –

That’s the one with the older women?

I knew you wouldn’t forget that.

LOL. I thought so. But sure, had something casual with two older women.

Not bad. They were generous, treated you nicely but ultimately always felt like they were doing you a favour or keeping you as a plaything. Those were my experiences anyway.

Nothing interesting to talk about. But maybe one day sha.

*All names changed for anonymity purposes.