Shocking 10 strange sexual traditions around the world that will 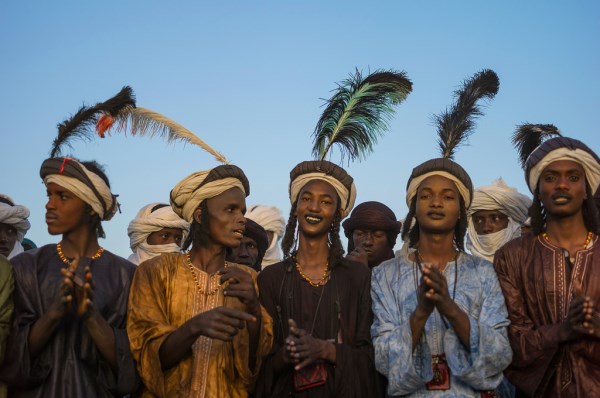 These sexual practices are not just general kinkiness, they are tradition and culture demanding. Get ready for a jaw dropping moment with these sexual customs.

This might be hard to believe, but the notion of sex around the globe can be very different depending on where you are. It’s not always a cut and dry act – for some cultures it’s seen as taboo, while others it’s an open celebration that people love to partake in (and talk about). But how many of these alternative cultures do you really know about?

Pulse.com.gh brings you 10 strange sexual traditions that will scare you.

Boys and girls of the Sambian tribe have to drink semen are obliged to drink the semen of the tribe’s mightiest warriors. This is done between the age 7 and 10 years. During this period, they undergo piercings, nose bleeds. It’s a tradition. Game over!

Read Also  We Outside: Visit a lounge for the ambience during the day and the party at night

For the Tonga tribe, kissing is unhygienic, as it involves coming in contact with another person’s saliva. This isn’t unusual, though.

Even though Western culture has made kissing seem like a norm, studies have found that more than half of the world’s societies find kissing ‘gross.’

3. Women of the Guajiro tribe must make a man ‘fall’ to have sex

Colombia’s Guajiro people have a ceremonial dance. If a woman trips a man during the dance, they must have sex.

Boys from Trobriander Tribe from Papua, New Guinea start engaging in sexual activity from the age of 10-12, while the girls start from 6 years! Sexuality is embraced from an astonishingly young age. And it isn’t even “illegal”.

In South Pacific Ocean, Mangaia to be precise, boys around the age of 13 have sex with older women who teach them the intricacies of the act and how best to please their partners. Beat it!

For Ancient Greeks, sexual identity didn’t depend on gender and preference but on who was the active penetrator and who was the penetratee(?).

The active role was associated with higher social status, while the passive role meant youth and femininity, or ‘boy love’ in other words.

On this mountain range, there is very little land, and thus, very little room for many families. As a result, resources are limited, and it makes more sense for a single woman to have multiple husbands but these husbands also happen to be brothers who totally don’t mind sharing a wife.

The Wodaabe tribe has a festival where men perform and are judged by a panel of three women. Other women watching can choose their favorite and tap him on the shoulder. He then becomes their new husband, even if they already have one.