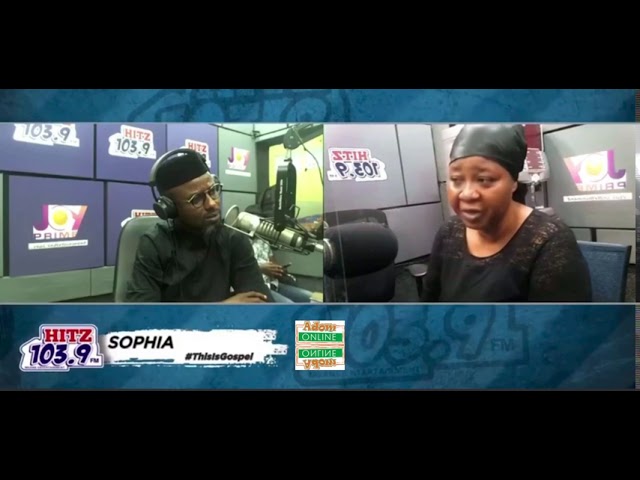 Sister of the lady killed by her husband in American city of Orlando, Florida has given chilling account of what led to her sister demise.

Sophia Tommey in an exclusive interview with Franky5 on This is Gospel show on Hitz FM Sunday said Pastor Sylvester Ofori had planned to kill his wife, Barbara Tommey after she filed for divorce.

She explained that, her late sister, Barbara decided to call it quit after she saw her husband who is the head pastor of Floodgates of Heaven International Ministries had joined an occult group.

“Sylvester had denounced God after he visited a shrine in Nzema and was even convincing my sister to join him. But my sister later discovered her husband had joined occult and filed for divorce” Sophia narrated.

She indicated that, her sister had moved out from her marital home for the past three months and only returned home for some documents and Sylvester nearly choked her to death.

Sophia said but for the intervention of their brother which was captured in a viral video, Sylvester would have killed Barbara.

Reacting to the pastor’s death threat, the distraught sister said he saw that as a last resort since he will lose everything if the divorce process is complete.

“Barbara was the breadwinner of the family and owned all the properties; Sylvester was just a pastor so the thought of losing everything pushed him to kill my sister” she cried.

Sophia said the family could not do much to help the situation since her late sister was very secretive.

“Barbara was a very quite person so all the things we heard were from her friends; she never told us what she was going through until her death” she bemoaned.

Sophia said Barbara will b buried on September 26, 2020 and is confident the police will do a good job and get justice for the family.

Listen to full interview in the attached video