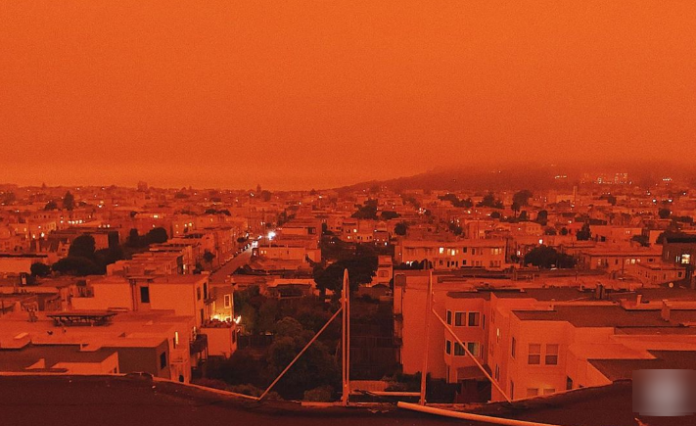 The wildfires raging in more than a dozen western United States (U.S.) states have painted the sky and polluted the air, causing disturbing scenes to unfold in front of millions of people.

More than 90 major fires have burnt an area of land about the size of Connecticut.

“It’s after 9 a.m. and there’s still no sign of the sun,” the California Highway Patrol’s Golden Gate division tweeted, urging drivers to turn on their headlights and slow down.

Air quality warnings were issued throughout the Pacific Northwest, and people in communities from southern Oregon to north of Seattle have experienced choking smoke.

Here are photos and videos showing the nightmarish conditions that the fires are causing in states including California, Oregon and Washington: