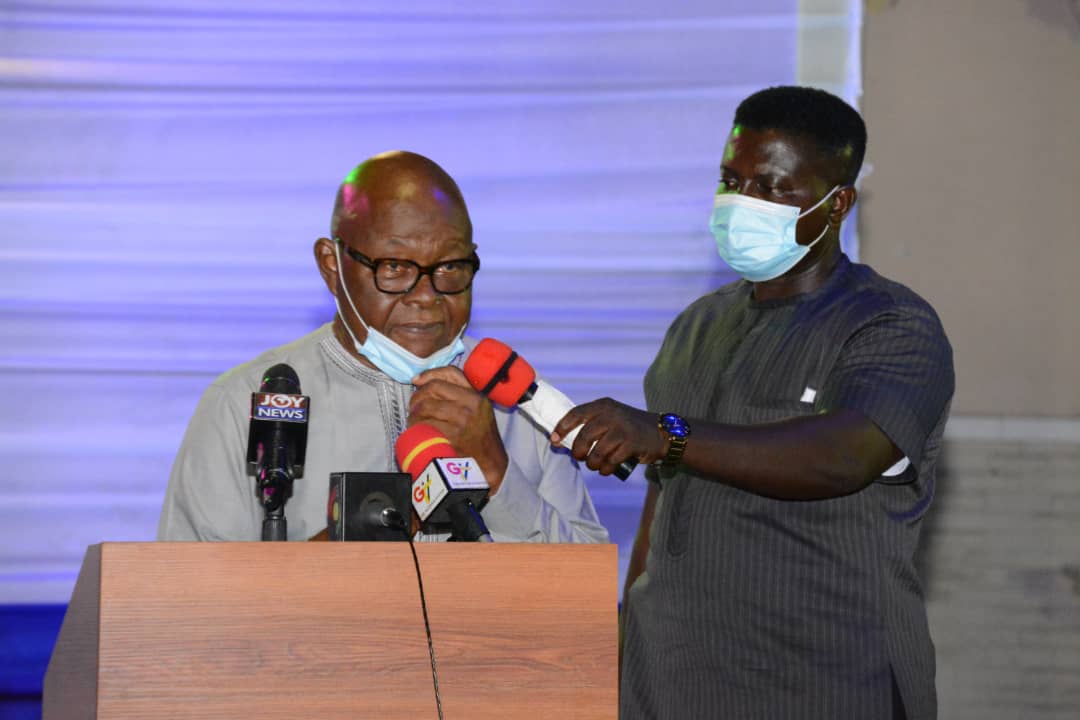 The Speaker of Parliament, Professor Aaron Mike Oquaye , has called for unity among executive members of the New Patriotic Party (NPP) in the Korle Klottey Constituency to enable the party win the seat in this year’s election.

“The party has achieved a lot in this constituency, making the area a municipality is something the people have yearned for over the years and fulfilling such a wish is a big achievement under this government. We have done the good works and all we have left is to ensure unity among the executives so that we can bring all the members together and win this seat,” he said.

Prof. Oquaye was speaking at a ceremony held to outdoor the party’s parliamentary candidate for the constituency, Mr Prince Appiah Debrah and also to raise funds to support his campaign.

“Already, we have about 96,000 registered members in the constituency, this means we already have the numbers, what is left for you to do is to come together as one force to drive the agenda. The only reason why we keep losing this seat is division among the executive members and we want this year to be different,” he added.

Mr Debrah noted that the constituency was the “prima donna” of all constituencies in the history of the country in terms of history, landmark and quality of life.

“Indeed, in the struggle for independence, virtually all the big names were from this constituency and we can easily say that this constituency is the intellectual capital of Ghana. It is, therefore, very important that we represent it very well because we have great men who trace their roots here and we have to reciprocate their sacrifice by selecting qualified people to represent it in Parliament,” Mr Debrah said.

“The last time we won this seat was in 2004 and since then, we have never seen the light of day. We must attach all the importance to this election to make sure we take it and be able to say confidently that we own this seat,” he added.

Mr Debrah also appealed to the party executives to reunite and get all the active and vibrant party members to understand that they belonged to a party that believed in God and in the dignity of human beings so that together, the party could win the seat.