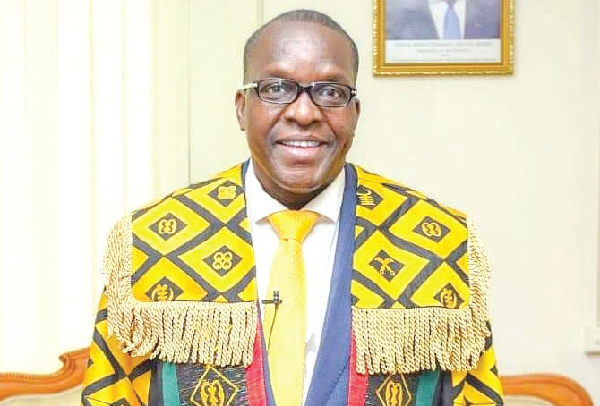 The Speaker of Parliament, Mr Alban Kingsford Sumana Bagbin, has rejected the reduction of the budgetary allocation for Parliament by GHȻ119.8 million.

He said the recommendations by the President for the Judiciary and Parliament to accept a reduction in capital expenditure by GHȻ77,482,591 and GHȻ119,846,911 respectively for this year was unacceptable.

“Respectfully I’m unable to accept such reduction,” he stated.

The Speaker expressed these strong reservations yesterday after he had read to the House a letter he received from the Secretary to the President, Nana Bediatuo Asante, on the recommendations of the government on the proposed statement on the expenditure of the Judiciary, the Judicial Service, Parliament and Parliamentary Service this year.

The letter, dated March 11, 2021, said in accordance with Articles 127 and 179 of the Constitution, the Executive recommended a reduction in the capital expenditure of the Judiciary by GHȻ77,482,591 to enable the government to contain expenditures within the overall fiscal space for 2021

“In view of the reviewed fiscal space of the national budget as a result of statutory and debt service obligations, we cannot accommodate the request by the Judiciary and the Judicial Service.

“We kindly suggest that the Judiciary and the Judicial Service operate within this new budget while we explore opportunities to increase the allocations in subsequent years when revenues improve and debt has stabilised,” he quoted the letter as saying.

Speaking in reference to the letter,  Mr Bagbin said, “What the Constitution has done is for the Executive to make recommendations and to negotiate during the deliberations of the budget before the House.

“I note, however, that in the budget statement and the expenditure estimates laid on Friday, March 12, 2021 the recommendations of the President were laid instead of the original estimates that were submitted by Parliament and the Judiciary. It is not for the Executive to impose ceilings on the Judiciary or Parliament and we have to ensure the proper thing must be done.”

Mr Bagbin said it was Parliament that was vested with power to decide the budget of arms of government,  and not for the Executive to cap budget of the two bodies

Mr Bagbin said per Articles 127 and 179 of the Constitution and Section 15 (a) of the Parliamentary Service Act, Act 460, the power to determine the budget for the arms of government and all sectors of the economy was not for the Executive but Parliament, which had the final power to approve or disapprove budgets.