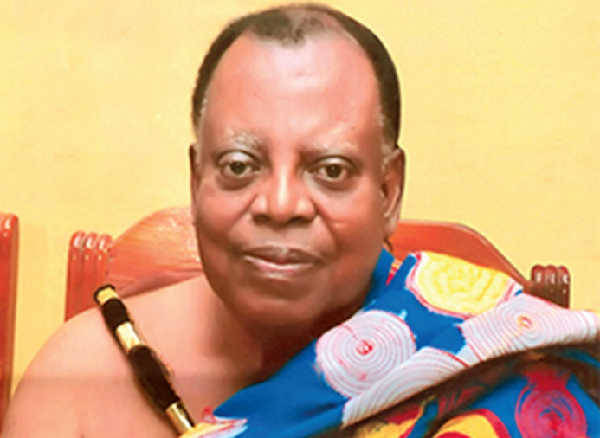 A Board member of the National Peace Council (NPC), Nana Professor S.K.B Asante, has called for the cessation of the incessant attacks on the integrity of the NPC from political actors and sections of the media.

Speaking at the launch of a committee for the implementation of the code of conduct on political vigilantism, he said the NPC had been attacked on numerous occasions for not condemning and denouncing certain alleged wrongful acts by political players.

He described such attacks as misinformed, which stemmed from “failure to appreciate the scope of the NPC’s mandate.”

“It is  my considered opinion that the National Peace Council does not have the mandate to denounce the acts of any party to a dispute or any player in the political or communal arena. In my respectful submission, a careful analysis of the NPC’s functions, as spelt out in sections 2 and 3 of the National Peace Council Act 2011 (Act 818), does not disclose any such mandate,” he said.

Nana Prof. Asante, who is also the Paramount Chief of Asokore in the Ashanti Region, said the mandate of the NPC was to develop mechanisms for conflict prevention, management and resolution and to build sustainable peace in the country.

“This remit provides no basis for periodical and instant condemnation of any acts of any entity. Denouncing is clearly distinguishable from facilitating and developing mechanisms for peace,” he said.

A member of the NPC, Maulvi Mohammed Bin Salih, who is also the Amir of the Ahmadiyya Muslim Mission, said the committee would see to the implementation of the code of conduct on political vigilantism signed by the two biggest political parties — the National Democratic Congress (NDC) and the New Patriotic Party (NPP).

He said in the wake of certain politically motivated vigilante activities, the two parties signed the code of conduct after talks brokered by the NPC, supported by other stakeholders.

“The Code of Conduct, which is one of the deliverables of the roadmap, envisages a monitoring mechanism by the NPC to ensure effective compliance by all stakeholders particularly political parties,” he said.

He called on the general public to contribute to the maintenance of peace before, during after the 2020 elections to ensure that the country continues to live in harmony and also cement its enviable status as an oasis of peace in the sub-region.