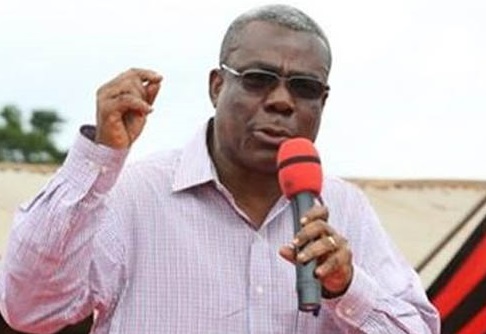 Former Chairman and Election 2016/2020 campaign manager for the New Patriotic Party, Peter Mac Manu is all praise for the Supreme Court of Ghana, saying its adjudication of the 2020 Presidential Election Petition, particularly in bringing finality to the dispute was “excellent”.

According to Mac Manu, for any demand for a re-run of presidential elections to succeed, the errors complained of must have mathematical effects on the overall tally of the votes.

“Administrative errors, insufficiencies and arithmetic faux pas, without more, cannot annul presidential elections”, he said, and added that the Supreme Court per its judgment on the 2020 presidential election petition, gave official approval to the declaration by the Electoral Commission on 9th December 2020.

Mr. Mac Manu stated the position while contributing to the 6th Leadership Dialogue Series organized by the Centre for Social Justice. It was on the topic, 2020 Election Petition Judgment; Political, Electoral and Legal Ramifications.

On the legal ramifications of the decision of the court, Mr. Mac Manu said societies are held together by laws, without which no society will thrive because chaos and anarchy have never built any society.

He argued that In the 2012/2013 petition hearing, both the then opposition leader and the president-elect had confidence in the legal systems. “The NDC didn’t have a problem filing their petition in 2020 because they knew, they would receive justice just as they did in 2012.”

“The Supreme Court apart from its adjudication functions also serves as a forum for policy formulation. The Supreme Court could issue directives for the Electoral Commission to undertake certain important actions. Hence the use of court processes enables the Supreme Court to validate the existing electoral laws, identify gaps if any and call for reforms where necessary.

“Ghana’s 2020 Elections Legal framework emanated from different authorities including domestic and international (ECOWAS/AU) as well as from the constitution. Indeed the 1992 Constitution in Article 51 states that ‘The Electoral Commission shall, by constitutional instrument, make regulations for the effective performance of its functions under this Constitution or any other law, and in particular, for the registration of voters, the conduct of public elections and referenda, including provision for voting by proxy’. In light of this the Public Election Regulations 2020, 9 (C.I 127) was gazetted on 2nd July 2020 to regulate the December 7, 2020 elections. It took its root from article 51 of the constitution and received approval from parliament. These were affirmed by the Supreme Court as valid.

“In order to invoke the remedy of judicial annulment of the presidential election there must be clear constitutional and statutory violations of laws governing the elections. The Petitioner must adduce sufficient evidence to build a strong case in order to invoke reliefs that the petitioner himself seeks without relying on the evidence of respondents to advance his case”, he argued.

He concluded that the Supreme Court did an excellent job in bringing finality to the election dispute, and that what the country needs to do now is to unite behind its leader and push the country forward in pursing the Ghana Agenda.

He said the “Court is even now more than ever strengthened to handle disputes of such nature. This is the second landmark election petition case that has been successfully resolved.

“In the end all we need is peace to enjoy the democracy that has been strongly built by us all. Major stakeholders in the electoral process need to continuously engage each other. The terms of the peace accord which is signed by the major parties before the elections must be strictly adhered to though it is voluntary. It is therefore incumbent on all Political Party Leaders, National Peace Council, Traditional Rulers, Religious Bodies, Civil Society Organizations and the Media to continue to play their significant roles in educating and promoting peace in Ghana before, during and after elections.”