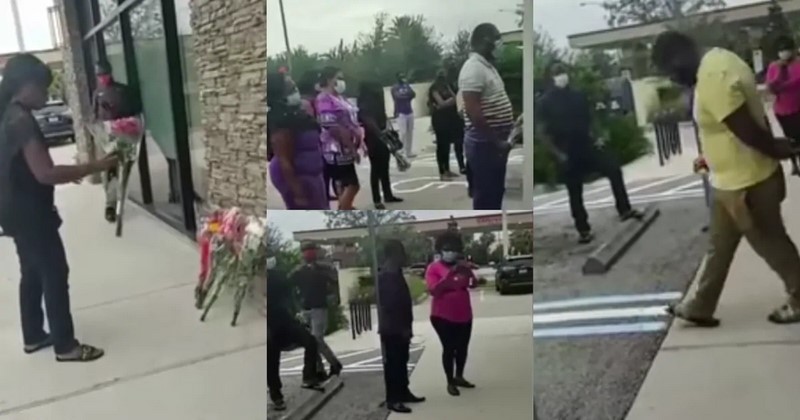 A one-week memorial has been held for Barbara Tommey, the lady who was killed by her husband, Sylvester Ofori, in the United States.

A video from the one-week memorial has popped up showing it was a very emotional moment for family and friends.

Madam Tommey was killed by her husband, Pastor Ofori, who is the head of Floodgates of Heaven International Ministries in Orlando in the United States.

Orlando police indicated that the shooting happened on September 8, 2020, outside the Navy Federal Credit Union branch where she worked.

The circumstance of the death of the 27-year-old by her husband of five years has sent shockwaves across social media.

Read Also  This woman woke up from coma with British accent

Tuesday, September 15, 2020, marked exactly one week since she was shot seven times by her husband.

In line with Ghanaian customs, the family observed one week of her passing in a very sombre ceremony.

In a video, family and friends were sighted at the location laying wreaths in memory of the departed.

Some of the people were heard in the background singing a Christian song while the wreaths were laid.

Dirges were then played in the background while some people were heard weeping.

Later, a man addressed the people who had gathered at the memorial in honour of the 28-year-old lady.