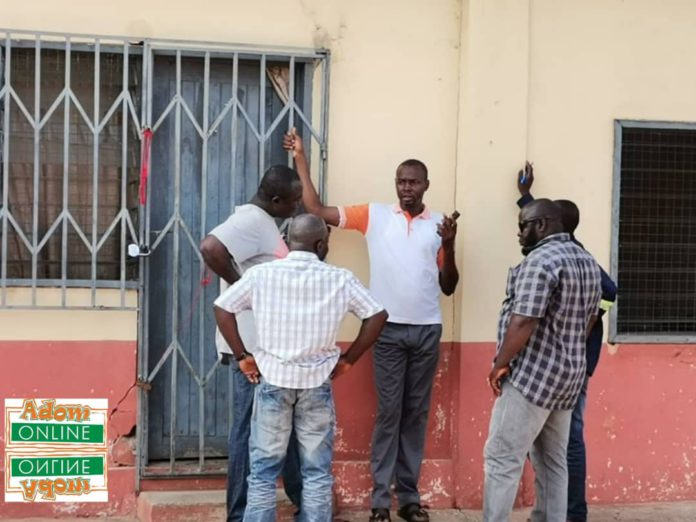 A group of irate staff of the Wa Metro Mass on Tuesday locked up the offices of their General manager, Dickson Gyau.

The action, according to them, is to protest Mr Gyau’s non-performance and his refusal to attend to the plight of workers.

Speaking in an interview with Adom News, Welfare Chairman of the workers union, Isahaku said Mr Gyau has turned a blind eye while buses that need servicing rot away.

He added that his tenure of office is over and is on contract that has been renewed two times and yet has failed to work up to their expectations.

He stressed their fear was that the manager might push for a renewal a third time.

“He is not helping us so we want him to leave. Some of the buses just need their tyres fixed yet he has refused to do the needful and they have been packed for the past six months,” he fumed.

Mr Gyau, speaking in the same interview, did not deny or accept the allegation but noted he has been in the transport service since 1984 which began with Omnibus Service Authority.

He argued that it will not be out of place even if he wants to renew his contract a third time.

“People in different departments and companies get contracts and they are renewed over the years so mine is not a special case,” he said.