We will not engage in insults – Mahama to political parties 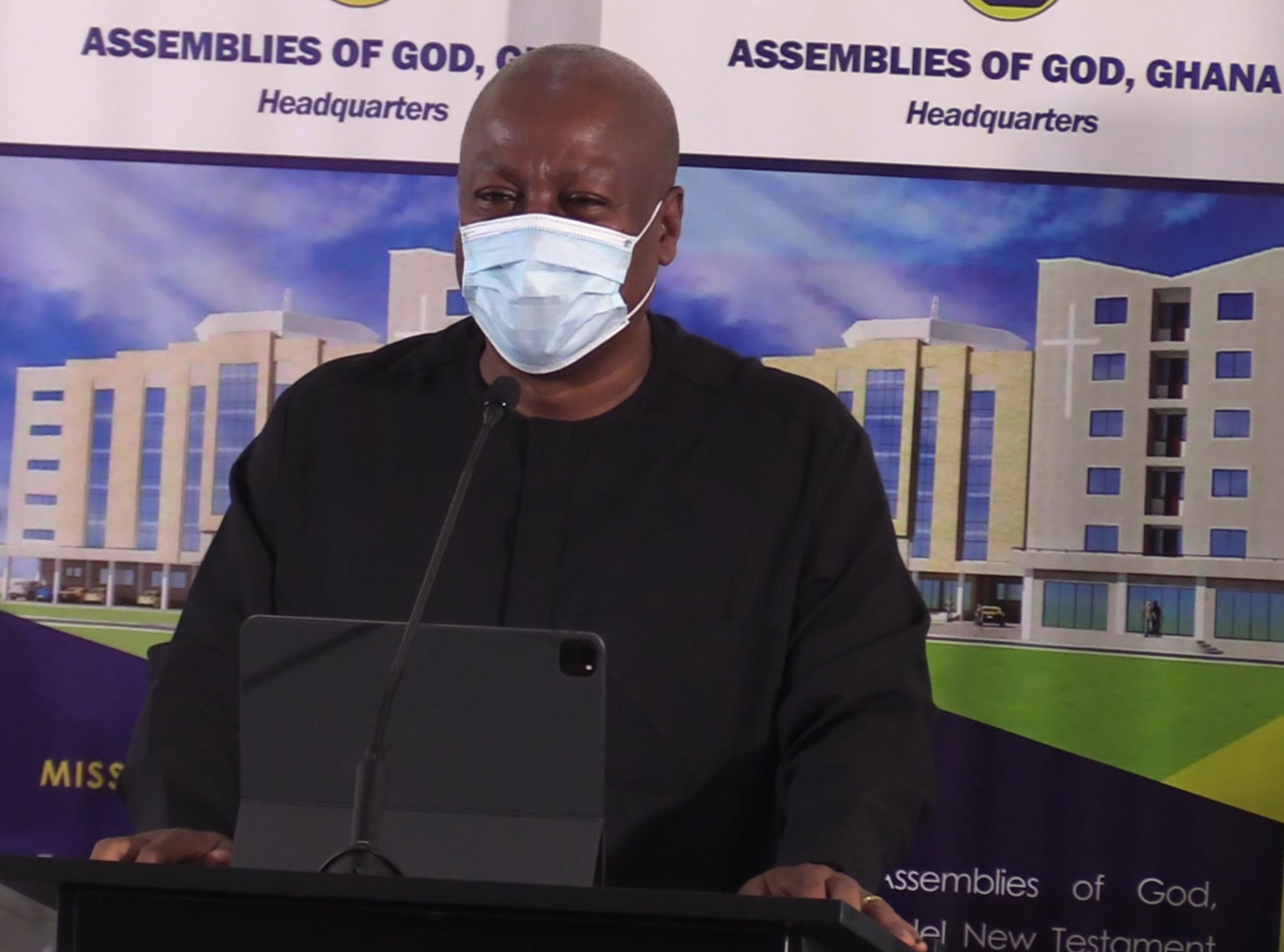 The leader of the opposition National Democratic Congress (NDC), former President John Dramani Mahama says he and his running mate, Professor Naana Jane Opoku-Agyeman will not engage in the politics of insults as they prepare for their campaign towards this year’s presidential polls in December.

According to him, people who express contrary views to that of the current government are subjected to insults and attacks by the party’s hierarchy and apparatchiks.

The former President made the remarks when he formally presented his running mate to the leadership of the Christian Council of Ghana on Wednesday, August 12, 2020, at the headquarters of the Assemblies of God Church in Accra.

He said: “My running mate, Prof. Naana Jane Opoku-Agyemang, whom I am presenting to you today, has been encouraged by the Osu Mantse to be strong and courageous in the face of, what he feared would be, a barrage of insults and attacks on her person, just because she has decided to serve her country at the highest level, help shape its destiny and ensure shared prosperity for all.”

According to him, the “unprovoked attacks and insults have already started,” stressing that “But I can assure you and all Ghanaians that Naana Jane and myself will never engage in insults and name-calling of opponents. Children are watching, listening and copying and it is important we serve as good role models.”

The NDC Flagbearer said his running mate, Professor Opoku-Agyemang whom he described as a “God-fearing, a woman of unquestionable integrity, hardworking, and a results-oriented person” and who has carved a niche for herself as a distinguished scholar in Ghana, on the African continent and across the world” will not trade insults.

The President of the Ghana Pentecostal and Charismatic Council (GPCC), Rev Prof Paul Yaw Frimpong-Manso, for his part, described politics of insults as a “backward culture” and therefore admonished politicians and political parties to refrain from the act in this year’s campaign.