What Mahama said when he met NDC professionals [VIDEO] 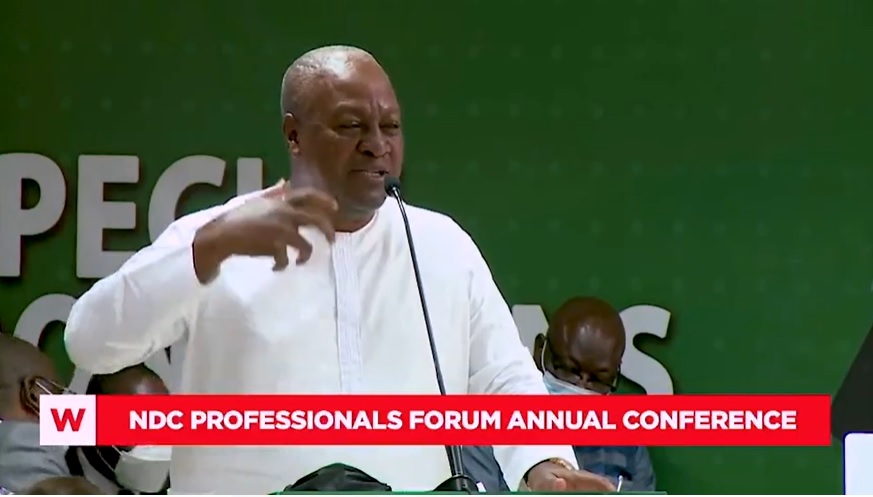 What Mahama said when he met NDC professionals [VIDEO]

Speaking at the annual conference of the NDC’s Professionals Forum’s in Accra on Thursday, [April 29, 2021], Mr Mahama said the governing NPP is so “vindictive” that Ghanaian professionals fear associating with the main opposition NDC for fear of losing their jobs or being hunted by the government.

“I think one of the good things that Pro Forum has done is to increase the confidence of our professional groups in terms of being identified as being proud members of the NDC”.

“Before Pro Forum, Mr Mahama observed that “we had a lot of people who support the NDC but they hide under the covers and are not willing to show their faces as supporters of NDC”.

“Of course, you can understand why. With opponents who are so vindictive, I mean with many of them who are still in service, I mean showing their faces is often dangerous”, he noted.

“There’s a lot of vindictive hunting down of people who are believed to be NDC and taking them out of jobs. So, this confidence and pride is making more people join the Pro Forum and it’s a very good thing”, Mr Mahama said.