Why is it difficult for men to forgive when women cheat?

Why is it difficult for men to forgive when women cheat? 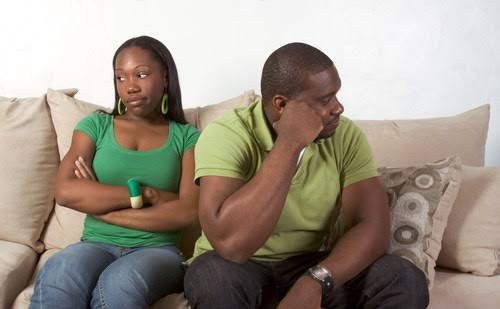 Men are famed for being unforgiving when they find out that they have been cheated on. And this is quite ironical, given how men are still believed to be the worse cheats of both genders.

It needs to be said that women cheat, too. And there seems to be an increase nowadays in the number of cheating women. But the major thing that separates a cheating man from his female counterpart is in the ability of the latter to cover her tracks. Women have come to be known as great concealers of their tracks.

When a woman is cheating on you, you will never know, goes the word on the street.

Whether you are a man or woman, whether or not you are discreet and careful, every cheat runs the risk of being caught. That risk can only be reduced, it never goes away.

So why do men never forgive when they catch a cheating partner?


Amaka Nicholas says in her column “Amaka’s Diary,” published on The Sun in March 2018 that:

“An average Nigerian man sees forgiving a cheating wife as a weakness.

“It doesn’t matter if his behavior pushed her into it or it was just a moment of weakness.

“To a man, infidelity questions his sexual prowess, an offence against his manhood, threatens his masculinity, and affects the core of his identity.

“Men react negatively to their wives’ infidelity because the sexual component of the affair is very important. Just the image of another man thrusting his woman in her favourite position and she moaning in ecstasy drives him nuts.”

Another reason for men’s refusal to forgive cheating is that men are rarely prepared to be cheated on. The shock is there when a man finds out that his babe or wife has been cheating on him.

This is unlike women, many of whom believe that the possibility is always there at the back of their minds that their man would cheat. Therefore, many are rarely surprised when they find out.

For them, it’s a confirmation of a fear they’ve always nursed.

My girlfriend dumped me because we were eating too much gari