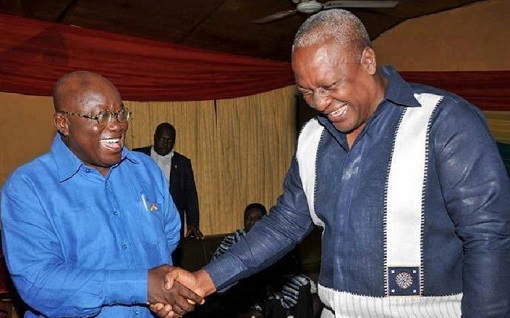 According to Mr. Peter Mac Manu, former NPP chairman and 2016/2020 campaign manager of the party, the expectation is also in tune with the gesture extended to the former president after the 2013 election petition and subsequent decision of the Supreme Court. 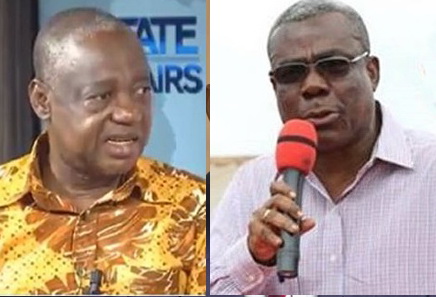 However, former Attorney General and Minister of Justice, Dr. Benjamin Kunbuor disagreed on the circumstances of the two petitions, arguing that while the processes leading to the final decision of the court in the 2013 petition were transparent, settled all issues and therefore cleared all doubts which made it acceptable by all, the same cannot be said of the 2020 election petition hearing.

He said the Supreme Court sacrificed a number of legal steps in the 2020 case, and for a party still dissatisfied with not only the outcome but also the conduct of the petition and licking its wounds from that loss, the context cannot be said to be the same.

Dr. Kunbuor said knowing the statesman that Mahama is, it is more likely he will congratulate President Akufo-Addo but his failure to do so thus far, cannot be attributed to an unwillingness or intransigence.

Mac Manu and Kunbuor were contributing via zoom to the Centre for Social Justice’s 6th Leadership Dialogue Series on the topic, 2020 Election Petition Judgment; Political, Electoral and Legal Ramifications.

According to Mac Manu, in a democracy such as pertains in Ghana, the Constitution empowers the Supreme Court to independently resolve all election disputes.

The issues, he said, “are dealt with in a transparent manner such that all parties are given a very fair hearing. This puts to rest all doubts in the minds of the people.”

He said Ghana’s first election petition case was the one resulting from the 2012 election.

“The supporters of the then opposition leader, now president, Nana Addo Dankwa Akufo-Addo were highly dissatisfied and agitated based on the declared results but were calmed by the Candidate and party. A decision was taken to revert to the Courts for redress. After 8 longs months of trial, finality was brought to the matter. The then leader, accepted the verdict of the Supreme Court and urged his supporters to accept it as well. He telephoned to congratulate President John Mahama after the Court’s judgment. He further urged Ghanaians to rally behind its elected leader and help in developing the country. The country moved on from there and there have been two successful general elections after that.

But according Benjamin Kunbuor, while the recent 2020 election petition judgment may have achieved speed in terms of the limiting the duration of the hearing, it sacrificed effective justice and left a number of issues outstanding.

“Speed can lead to a form of justice but effective?”, he quipped.

Pointing to the failure of Electoral Commission Chairperson and Returning Officer for the 2020 presidential election to mount the witness box, Kunbuor said for instance, even if the letter of any law prohibits a duty bearer from accountability, the spirit of the law should override any considerations to motivate the returning officer in the election to rise to the occasion and account to the people.

“…When you come to the particular interpretation whether anybody actually crossed the threshold of fifty-plus-one, there is a challenge there. Let’s be very clear, the petitioners had made the assertion that they do not think that was the case and the evidence that they gave was to the effect that there was a first announcement or declaration of the results. It is still highly contested whether there was the first procedural step that was taken – collation – in the presence of the agents before the declaration was made. That issue still remains open. Now, immediately you collate the results and announce it, you’ve given legal validity by the constitutional instrument and that constitutional instrument was CI 127. It is that constitutional instrument that gives legitimacy to declaration of results. Then the next day, knowing the procedure too well, you come to say you made a mistake and the mistake was corrected, this time not by amending the constitutional instrument 127 but actually through a press statement. This is not a mere irregularity. In the constitution there is a constitutional procedure for how valid results are declared and that that procedure involves subsidiary legislation, a press release, unsigned as it is, cannot be a substitute for a constitutional instrument. That is the crux of that matter. So yes, even assuming without conceding that the correction was actually made, was that correction declared as required by the constitution? What you needed to handed was actually an amendment of CI 127, which was not done. So the only valid results that were declared by the constitutionally required procedure was what was attached to CI 127, which even the respondents themselves admitted the figures were wrong and that was what gave legitimacy, actually to the petitioners to say that by the declaration, they didn’t say by the press statement, they said by the declaration in CI 127, and the figures in that declaration showed that nobody crossed that threshold… Be as it may, still remember that there was a third correction again that was made, and that third correction led to the absurd situation in which if you put all the results together, if you cancel out as amended, you had a situation that those figures led to a 103 percent and there was no explanation. Then comes the figure that the court actually relied on, and we are wondering, those figures that the court relied on for the decision, where did they come from? Through cross examination – was the cross examination the one that declared the results? Should you take questions people answer in a cross examination as the equivalent of actually declaring results and through a constitutional instrument? These are for me very, very bleeding issues that we need to look at in relation to this election petition.”