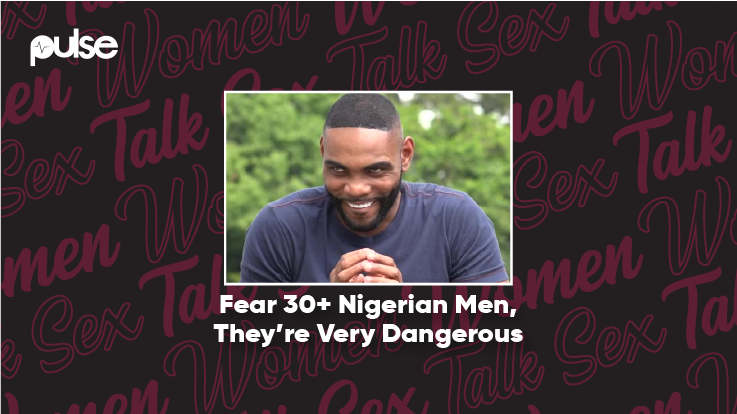 The subject of #WomenTalkSexByPulse this week tells us about a 4-month experience that changed her perception of Nigerian men, particularly the ones in their mid-30s and older. Read on.

When and how did you first become aware of sex?

When I saw my brothers watching my uncle’s homemade sex tape.

Such a fucking scarring moment. My brothers stumbled upon it somehow while cleaning, the curious cats played it, I heard noises, went to the parlour, and bam! I saw my uncle ramming some poor lady who kept screaming. I stayed a bit to be sure and then ran for my life when I saw his penis. Oh, I was 13, I think. And yeah this really scarred me.

I tell you. Lol! All I know is that I walked into the parlour and saw a woman screaming and shaking and I saw my uncle’s face as well. Omo, I couldn’t take it anymore, I just ran for my dear life.

Yeah, I know right. He used to live with us when I was younger. So I’m guessing he forgot to pack his sex tape when he was leaving.

Lol. Nah. I don’t think I’ve had to be in that position since. Thankfully.

Lol. So let’s talk about the first time you

Hehehe, believe it or not, I had sex for the first time when I was 21. My boyfriend then in the university made it memorable. Candles, wine, fried turkey, music, trees, and good vibes. Happened in his small cubicle in school though. LOL.

What were you expecting going into that?

Sex is a bit drab for me these days. It’s just penetration and continuous thrusts. And then, when it’s over, I’m always like, ”okay? what next?”

I feel you. I like asking women what they think of Okafor’s Law

Truth and trash, really. Yes, there’d be that one person that you’ll always want to fuck, regardless of if you guys are together or not, but to say that ”if you have mind-blowing sex with a woman once, you get a free pass to always have sex with her’‘ is trash, when no be jazz.

Lol. Would you say you’ve been there?

Omo yes o! Lmao, no cap! Correct dickmatization! That thing is spiritual mbok, because the guys that actually have the power to dickmatize girls are assholes. Tueh!

He was an older man, they mostly always are, actually. You know, with age comes wisdom and sexperience. This one lasted 4 months. Omo, I was gone. I was a fucking shadow of myself, all I could think about was the way he ploughed me, you know, and then I’d think about it and my insides would do a flip flop. Those men are dangerous! [READ: This previous edition delves into dickmatization more deeply]

How did you know you were gone gone? Any occurrence come to mind?

Not an occurrence per se. But while all this was happening, I did not want anyone else at all. I was firmly opposed to the idea. Like, nobody else, just him. Thank God for the prayers that saved me sha. I mean, I consider this man to be the one I’ve had the best sex with so far. He literally shifted my womb twice!

Has there been any mid-30s and above man since him?

That most of the changes that happen to a woman’s body after childbirth are not beautiful, that if a woman wears a certain type of outfits, she’s asking for it.

Your most embarrassing sex moment?

I choked on his dick, barfed a bit and had to swallow it because what else could I have done? Deep throating wanted to kill me.

I don’t particularly think so

If it was weird, then that’d have been the weirdest place for me.

Ok. Can you remember the worst sex you’ve ever had?

So, one time, I was on this 5-month sex hiatus, and there was the guy I’d been flirting with, great kisser and all that. Knew how to use his hands and tongue. But I knew he had a small dick, at least from seeing it in its flaccid and erect state. But I was there thinking that the longer the foreplay, the better the girth of it would get. Boy was I wrong! We sha fucked after much convincing, and after like 10 thrusts, I kid you not… just 10! This guy came. I got up hurriedly, packed my cothes, lmao, and said is that it? I this what I came out of my hiatus for?!!!! I was so mad! I sha left, no time for rubbish [kiss my teeth]

Tell me something you’d love to do but haven’t

Peg someone’s son. With a strap on, actually.

Hell yeah!!! I don’t mind doing it to someone’s son, just to see how it feels, you know. But don’t do it to me sha, abeg. I don’t like what I hate.

So what’s stopping you from living this fantasy?

5/10. Some Nigerian men are actually good men, the bad eggs just float to the top and cover/hide the good ones. You have to search and dig and claw your way to find that one good one. But na that searching and digging and clawing dey scatter my brain because the fuckboys are who you see first, then you catch feelings for them, they fuck up, then bam! back to square one.

And how would you rate yourself?

Definitely, 8/10, judging by the looks of these men when I’m through with them.