Women Talk Sex I feel no pleasure at all from 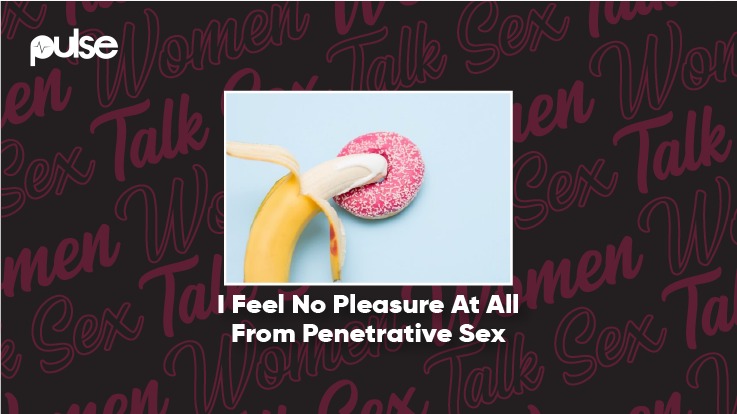 “I really want to experience all that pleasure people talk about.”

‘Women Talk Sex’ is Pulse’s weekly series designed to capture the thoughts of everyday Nigerian women on sexual health, pleasure and what women expect good sex to be and feel like.

In this edition, the subject is vulnerable and open about how her body has so far continued to betray her desire to enjoy the sort of fulfilling sex life. She says where she is now is painfully far from where she wants to be. But will that stop her trying? Her answer is in the story you are about to read below. Carry on.

How old are you?

Can you tell me the first time you heard about sex?

I’ve known about sex from a very early age. Let’s say around 10 or thereabouts. And it was through friends for the most part.

And when was the first time for you?

Yeah. I was very particular about not wanting to have sex as a teenager.

Oh, I see. So tell me about that first time

It was a lot of struggle. The pain was unbearable and we had to attempt this over and over again at several periods. Then one night he told me to turn my back, and from the back, I felt the pain but I could also feel something entered. While he was moaning in pleasure, I was wriggling in pain but this time it was endurable, that’s how the engine eventually unlocked.

LMAO. Shout out to this metaphor

We had series of sex afterwards but I could feel pleasure only from foreplay. I feel nothing at all from penetration. I still wonder if this is normal to date although I’ve not really had many partners to be so sure. I guess I might need to try someone else to be sure. [The woman in this Women Talk Sex episode has a similar story

Read Also  How to initiate sex: Men explain to women

Mind you, I had been in an earlier relationship where I and my partner tried having sex on many occasions but my hymen just refused to budge. Eventually, we broke up sha.

Oh. How did that make you feel?

Love that for you. Need to ask though, have you considered that there might be an underlying medical condition for why sex is uncomfortable for you? Like, does this bother you?

It does. It’s only foreplay I derive pleasure in. I really want to experience all that pleasure people talk about. I spoke with a couple of friends and they said it’s normal for it to still feel uncomfortable because I don’t have sex often, plus my vajayjay is small naturally. So I’m not worried about it being a medical condition. It’s normal, and with time and more sex, it will get better. [In this Women Talk Sex edition, the subject also experienced her body stopping her from having sex when she really wanted to.]

Could you expatiate on that bit of your vajayjay being too small?

The hole is just small. A friend once said she wanted to see why sex was difficult for me so she checked my vajayjay and said, ‘babes I see why it’s painful, the thing small wella, even my kid sister own wide pass your own, you carry small pikin body,’ and we both laughed it off.

Read Also  Hair relaxers: The harsh truth about using them

Does any of this put pressure on your sex life or on your relationship?

I’m not dating anyone at the moment but yeah, my most recent boyfriend also found penetration a bit difficult but eventually it always goes in. He was a very supportive person though and none of that put a strain on the relationship. Our breakup was for other reasons unrelated to sex.

Tell me about your experience with abstinence so far

So how would you rate your sex life?

And your sex skills?

I’m not skilled. I mean, something that is uncomfortable for me, how will be free to explore? I would say 4/10 and that’s only because I give good blow jobs.

Owing to these previous experiences, do you feel apprehensive about having sex again?

Nah, I’m not anxious. I’ve really not had my fill of sex so I’m open to exploring till I have that mind-blowing sex that plays in my head. The thought of having sex again doesn’t freak or scare me. I have no special feeling towards it.

I’d say spend more time on foreplay. The lady derives a whole lot of pleasure from it. Take your time, explore her body. The clit, that’s the honeypot, so play around with it. I mean, if you are going to have sex, you need to have it with your full chest, right?

I guess, Where’s the weirdest place you’ve had sex at?

I’ve not had sex in any weird place, just in a hotel and in the house, having sex in the kitchen isn’t weird na, so, that won’t count.

Can you remember the best and worst sex you’ve had?

There was a time I told my partner he owed me. He asked how he could repay me, I said through sex, and he gave me the best oral sex of my life. After that day, I’ve not felt that much pleasure with him or any other person. The pleasure was just so topnotch.

The worst would be when I drank an aphrodisiac drink to get wet, I felt if I get really wet with the help of the drink, plus foreplay, that would feel really pleasurable. I was wet but it also tightened me up more, and I am naturally tight, the last thing I need is a tightener, the pain was out of this world. Never again.