Women Talk Sex The dangerous passionate sex life of a 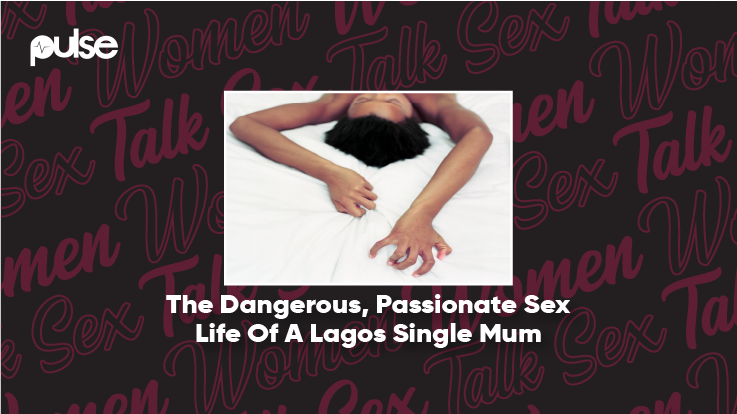 The dating struggles of young, single Nigerian mums who put themselves out there are a little more nuanced than the struggles of average women. There is rejection, the stigma, the less-than-ideal way they’re treated by some potential partners, and there’s also the sexual angle to all of this. Our subject on #WomenTalkSex today knows about that life and she’s dishing on it without holding back.

Tell me about your first time

It didn’t happen until my uni days. I had had a very sheltered childhood where my mum was so guarded about me and my two sisters so her hawk eyes made anything sex-related impossible until after I gained admission. It’s ironic though, even though I was in uni at the time, the sex happened at home.

Yeah. I had this guy I liked in school and we’d make out occasionally but we never went beyond kissing and him fondling my breasts. Mind you, I was a conventionally good girl all along. So it was a combination of my mum’s inhibition and my own unwillingness to actually have sex that made me hold on till that long.

Anyway, during one holiday, the guy visited me at home. We ended up being the only ones left there and when we started making out, it was so good that neither of us wanted it to stop so I had sex for the very first time on the couch in my parents’ living room.

I know. So much for being a good girl, right?

These things happen. So that was the beginning of your sex life

Yeah. It was. I could never look at that black couch the same way afterwards though. Imagine getting it on the same couch that you have to sit on for morning devotion the next day.

Ehmm. It was not the worst I’ve had sha. Which is ironic, considering the fact that most women have terrible reviews of their first time.

True that. What do you think made this one ‘un-terrible’?

Oh. Subsequent partners, actually. Like, I’ve seen that that first time could have been worse. Way worse, as a matter of fact.

LMAO. There seems to be a lot of stories here

Hahaha. It clearly could have been. So what’s your sex life like these days?

Not bad. I’d say 9.5/10 actually. And it’s really nice because just a while back, it was really bad that it really used to bother me but now, I’m in a very good place and it feels really nice.

Tell me about the phase before this phase

Ok so I have a 4-year-old daughter that I am parenting alone. It’s a long story that I am not sure I want to get into but the first three years of having her in my life were very rough so sex was like the last thing on my mind in this period.

Not necessarily because I didn’t want to have sex. Of course, 3 years is a long time to not have sex but what I had then can’t be called a great sex life. It was usually just one round here, a long ass break in between, one round there, another long lay off during which I’d do a lot of self-pleasure and all. So it was crazy. Things only turned around about a year ago.

Before I ask about what changed, I was hoping you’d talk about why you had this rough patch. A lack of partners? Disinterest on your part? Why exactly?

So it’s a combination of many factors. Of course, there’s the new mum factor, especially the emotional and societal burden of having to do it alone. That took a lot of getting used to. I was caring for the child, working my ass off to fend for myself and her, learning a lot in the process, having that constant back and forth with her father about pulling his weight even if it’s just financially. Thank God for my parents helping out with caring and babysitting most times.

See, it was a lot. So it was crazy. And then there was the part of Nigerian men moving mad and making it difficult to even try to get laid or even form any type of emotional connection.

Haha. I see. Can you remember a particular instance of this ‘moving mad’ episode

Oh. So the one that has stayed with me so much is the one that happened one time when I met this guy and we were vibing so well. So we exchanged contact but couldn’t see again for another month but we stayed in touch and I was really feeling him. He was nice and all and clearly, it felt like this could be something serious but I wanted to tell him about my child face to face as I felt it was a sensitive conversation and I wanted to properly gauge his reaction.

When we eventually met and I told him, he was shocked but it wasn’t in a bad way. We laughed about it and the date ended well but he changed and he moved from wanting something deep to just wanting to smash and stuff. I get it sha, but that one pained me. Mind you, he wasn’t the first to do that thing of wanting just sex once they hear I am a single mum.

Maybe they think I’d be more open to that because I am a single mum or something. I don’t even understand. There are also those who act like you stink once you tell them about your kid. I’m 28 and I look younger than my age but you’d never know from the way some Nigerian men have reacted to me when they heard about my child. I guess it is what it is.

I know. But just as there are those who moved mad, I’ve had a few who haven’t minded. It’s not like I want to marry every guy I come across. And I’m definitely not using sex to hook anyone. It’d just be nice to feel wanted as I am. That’s what has made it easy to bond with the few guys I’ve been with since the birth of my child. I mean, I’m down for casual sex too. Just don’t make me feel worthless or think you can have me easily because I’ve had a kid. I think that’s it for me.

So all that has changed now

Absolutely. I met someone late last year and we’ve been an item since January.

Yes ooo. We’ve been on for 10 months and the sex has been the real shit, I have to say. He gets my body, feeds my belly, understands me and cares for my kid like his. Did I mention how insane the sex is?

LMAO. Like thrice. Tell me the most insane thing about it

So he likes to have car sex. I don’t know who put him on that dangerous shit but I’ve gotten used to it too. We’ve had parked car sex many times and the way it bangs… whew! You’d not know that we’ve been caught by police before.

We sha paid them and finished what we started. That nut had to be copped. And boy, it was worth it!

Hahahaha. You are doing well

Bottom line, you are living it up like it’s no man’s business

Yep! Can’t lie. And I’m really happy about it. I’m sure you can tell.

Coming from the things I’ve seen and the experiences I’ve had, this feels like a breath of fresh air that I can’t get enough of – emotionally, sexually. All of it. Love it.