Yam Nigeria is the highest producer of this crop thanks 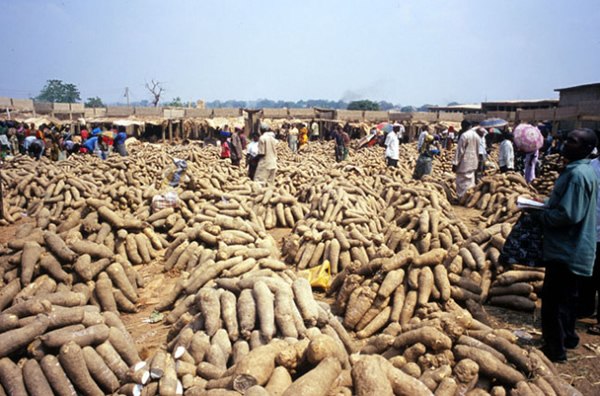 According to the Food and Agricultural Organization report, in 1985, Nigeria produced 18.3 million tonnes of yam from 1.5 million hectares, representing 73.8 percent of total yam production in Africa.

Yam are very surplus around August to October in the western part of the country while north central States like Benue, Nasarawa and Niger have yams in abundance September to November.

Below are the top states you can find quality yams:

It is no exaggeration to say that the Zaki Biam market is the largest in the country, and maybe in Africa.

Farmers from far and wide bring their produce for better bargains while traders come from across the country and neighbouring Cameroun, Niger and Ghana to make purchases.

The market opens to only yam sellers and buyers. This is the best place to buy yams at a very low cost as most sellers are local cultivators of the crop.

Taraba is blessed with 4 million hectares of arable land of which only about 1.5 million is said to be under cultivation annually, mostly yams.

Read Also  Chike's picture and objectification on the internet

Taraba State is a big time producer of yam. A visit to Wukari and Danacha yam markets shows that they are also major exporters of yams.

Nasarawa is one of the largest yam producing states in the country. Nasarawa State, was at a time exporting over 150 tonnes of ‘paper’ yam species to UK.

According to the World Data atlas, Adamawa’s production of yam is at over 10, 1000 metric tons.

Read Also  Semovita: How to prepare this meal without lumps